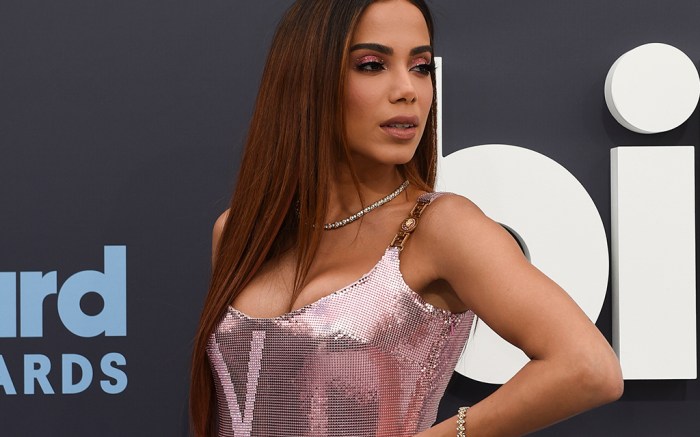 The artist showed up to the red carpet, which was hosted at the MGM Grand Garden Arena in Las Vegas. She wore a custom dress from Fendace, the recent collaboration between Italian fashion houses Fendi and Versace. And for a dress this amazing, finding coordinating shoes can be a tall order, but with her electric blue stilettos, Anitta managed to answer the call.

The “Boys Don’t Cry” artist opted for the most stunning 4.3-inch heels from Jimmy Choo, which are Italian-crafted and covered in satin. The ankle strap is a beautiful gold chain with hook fastening. The exact chains continue across the foot as they accent the blue straps, which cascade down the length of the foot. The shoes also feature a square-shaped toe and have a matching blue strap across the toe.

As for her dress, the Fendace sparkler is in the most perfect light shade of pink and features sequins over the entire garment. It has a flattering scoop neckline and back, which Anitta accented with a chunky diamond tennis necklace and corresponding hoop earrings.