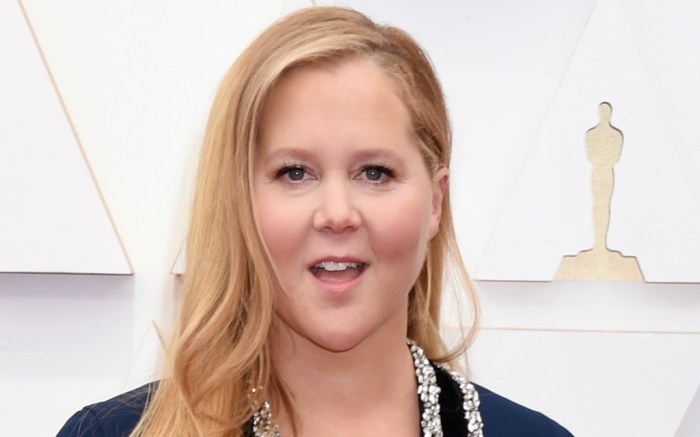 Amy Schumer made a subtly glamorous statement at the 2022 Oscars at the Dolby Theater in Los Angeles — along with fellow co-hosts Regina Hall and Wanda Sykes.

The “Trainwreck” star hit the red carpet in a slim-fitting navy Oscar de la Renta gown. Featuring a long skirt and sleeves, the piece gained a daring element from a plunging neckline. The piece was completed with a large black bow embroidered in crystals on its front, creating a whimsical statement. Schumer’s heels weren’t visible, though they likely consisted of sandals or pointed-toe pumps with stiletto heels.

The actress was joined on the red carpet by co-host Regina Hall and Wanda Sykes, who made equally sharp statements. Hall arrived in a flowing brown gown with allover cutouts, a draped cape and train — plus sparkling earrings and metallic high heels for a dynamic finish. Sykes arrived with her wife, Alex Sykes, dressed boldly in a white suit with matching pointed-toe shoes.