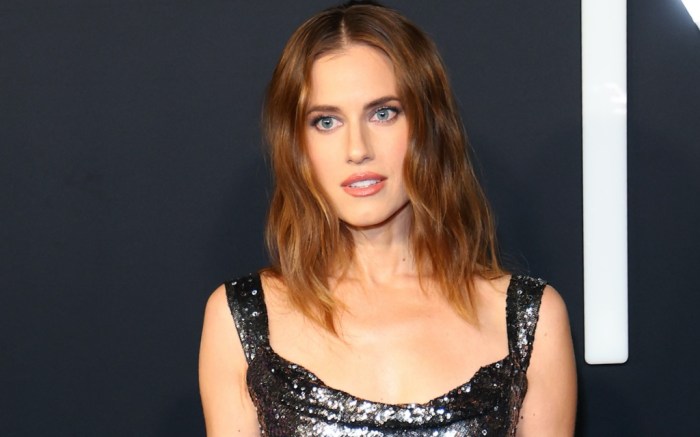 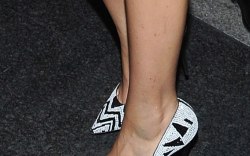 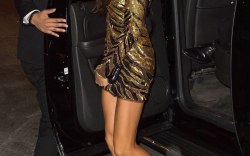 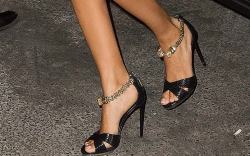 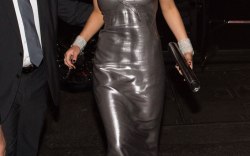 Allison Williams returned to the red carpet in sparkling style for the premiere of her newest film, “M3gan,” this week. The horror movie — which Williams stars in with Violet McGraw, Brian Jordan Alvarez and Jen Brown — features the actress as a doctor fighting a robot of her own creation, which premieres on Jan. 6, 2023.

For the occasion, Williams arrived at TCL Chinese Theatre in Hollywood in a sparkling silver gown by Vietnamese designer Cong Tri. Hailing from Tri’s namesake luxury label, the “Girls” star’s gown included a sleeveless column silhouette with a draped curved neckline. Giving the piece allover glamour was a coating of shimmering sequins, embellished near its base with shining crystals for a bejeweled effect. Williams’ accessories smoothly matched her gown, as well: a gleaming stack of silver and diamond bracelets and layered rings.

When it came to footwear, Williams’ shoes could not be seen. However, the “Get Out” star was later revealed to slip on a pair of Christian Louboutin’s So Kate pumps with her dress. The sky-high style, featuring sharp pointed toes and soaring 4.75-inch stiletto heels, was crafted from glossy burgundy patent leather that smoothly complemented the silver hues of Williams’ dress.