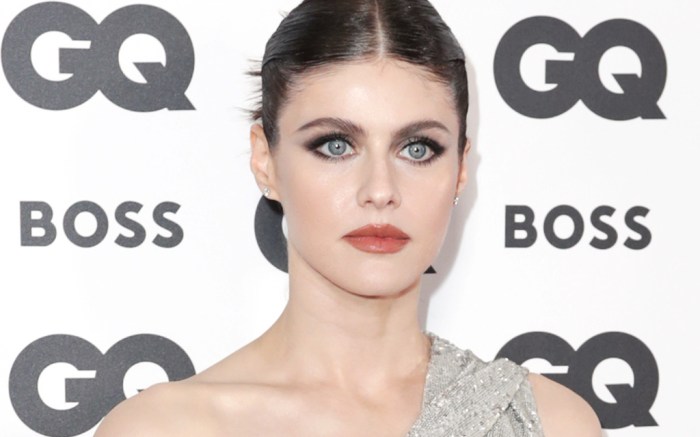 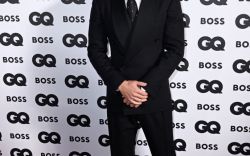 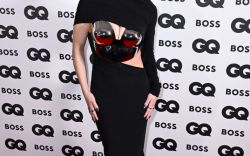 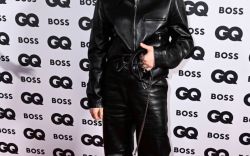 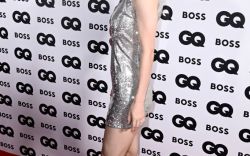 Alexandra Daddario hit the red carpet at GQ’s Men of the Year Awards tonight at The Mandarin Oriental Hyde Park in London. The “White Lotus” actress served a silver-on-silver look with sparkling accents and geometric footwear.

Daddario wore an asymmetrical silver sequin dress with a single twisting strap. The midi-length garment featured a keyhole cutout on the bodice. The New York native slicked her dark brown hair back, styling it in a middle part and strung it up in a clip.

On her feet, Daddario stepped into white square-toed sandal heels, featuring straps embellished with pearls and crystals. Much like the front, the back of the heels was also a rectangular shape fitted with thin stiletto-style heels that lifted the star slightly.

When it comes to shoes, Daddario often goes for sharp and sleek pairs. The “Percy Jackson and the Olympians” actress can regularly be seen in neutral or metallic pointed-toe pumps and strappy sandals from Giuseppe Zanotti, Jimmy Choo and Christian Louboutin. Off-duty, she can also be spotted in Allbirds and On sneakers.