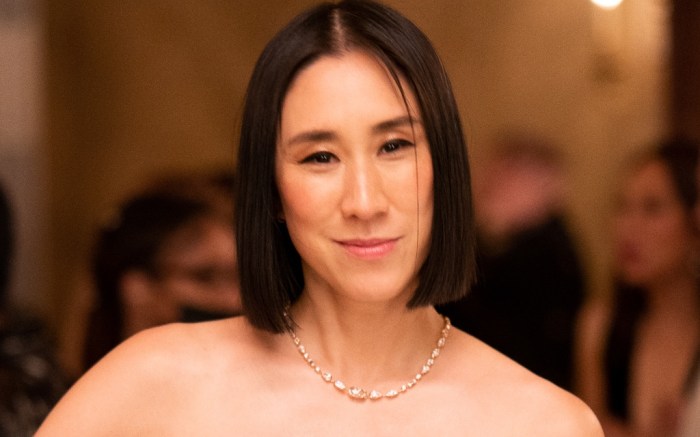 The first Monday in May came to a fashionable close with Instagram’s splashy Met Gala after-party last night in New York. Thrown at the historical James B. Duke House in the Upper East Side, the occasion merged fashion, entertainment and social media in an unforgettable evening to celebrate the Metropolitan Museum of Art’s new exhibit “In America: An Anthology of Fashion.” Opening on May 7, the exhibit was toasted with its annual star-studded Gala to celebrate both the museum and the fashion industry.

To many designers, “In America” symbolizes the innovation within fashion today — like Peter Do, who dressed Eva Chen for the Gala.

“I feel like today, at my table, there was a lot of young talent — Daniel Roseberry from Schiaparelli, Christopher John Rogers — and I feel like there’s a new change happening,” said Do, emphasizing how many designers operate smaller companies based in New York. “There’s a lot of us coming up who are doing their own thing, who are trying to redefine what ‘American fashion’ is. I feel like that’s what we’re trying to do here, too.”

Accessories designer Susan Alexandra shares that historical fashions from the exhibit influence the industry at large, as well.

“I think that people will be really inspired by the ingenuity and the creativity that America has had, and the history that we don’t really talk about,” Alexandra said.

However, “In America” also highlights the ties between old and new fashions and gives them greater context, according to Eva Chen, Instagram’s director of fashion partnerships.

“I think the amalgamation of video, fashion, design and history — Andrew Bolton did an actually spectacular job bringing it all together. When you walk through the exhibit, you can feel the presence of history,” shares Chen. “I think it’s really very rare to be in a room and have Abraham Lincoln’s Brooks Brothers coat next to a vignette by Sofia Coppola and Charles James dresses. It’s just this beautiful mash-up. It felt so special to watch it this morning. It’s really an honor.”

The evening also featured a special post-midnight performance by SZA, preluded by DJ sets from Anderson Paak and Coco and Breezy. Drawing acclaim and cheers from those in attendance, SZA’s set included her hit songs “Kiss Me More,” “Good Days” and “I Hate U.” Naturally, there was no shortage of star power during the evening — or glamorous ensembles, ranging from Roseberry’s formal tuxedo to Bader’s flowing Christian Siriano gown (with a lace hat to match).

Discover the Met Gala’s best-dressed stars from “In America: An Anthology of Fashion” in the gallery.