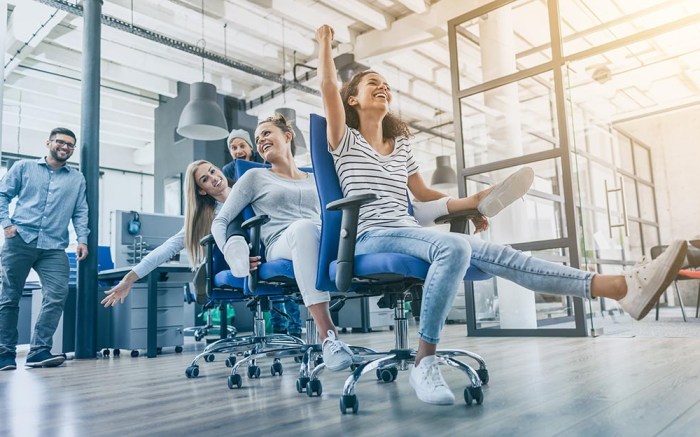 Remembering what life was like before the COVID-19 pandemic can leave you longing for how things were — yet some things are better left in the past. On the top of the list, according to the internet, is paying for the “privilege” of wearing jeans to work on Fridays.

In a TikTok unearthed by the Daily Dot, TikTok user Jordan Seals — who posts under the username @jordanreviewsit — reminded other millennials about the existence of “Casual Fridays” in pre-pandemic office culture.

“POV: It’s the 2010s. Your first day in Corporate America. HR just told you if you pay them $10 weekly, you’ll be allowed to wear jeans on Friday,” Seals wrote on the video, which featured him looking shocked and blinking in disbelief. He captioned the video, “Pre-pandemmy office culture was wild.”

The video, which has more than 165,000 views, resonated with millennials who have shelled out dollars for jean privileges at work. But Gen Z teens who stumbled upon the video couldn’t believe such a concept actually existed.

“Oh yes, it was for charity at one place where I worked,” one millennial commented. “You would buy a pass for a month that went over your badge. It changed colors every month.”

“And no one asks why jeans are considered unprofessional,” another millennial user commented. “Like what about jeans makes them inherently ‘unprofessional?’ Such a relic from the past.”
The concept of Casual Fridays largely went extinct when working from home became a necessary reality in COVID-19 era America. With the spread of COVID-19 still a public health crisis, roughly 6 out of 10 U.S. workers who say their jobs can mainly be done from home are still working from home all or most of the time, according to Pew Research statistics released in February. According to an April 2022 Forbes report, most data shows that about 25% to 35% of U.S. workers are currently working from home. And they are likely wearing jeans — or sweatpants — while doing it.

See What Department Stores Looked Like Through the Years