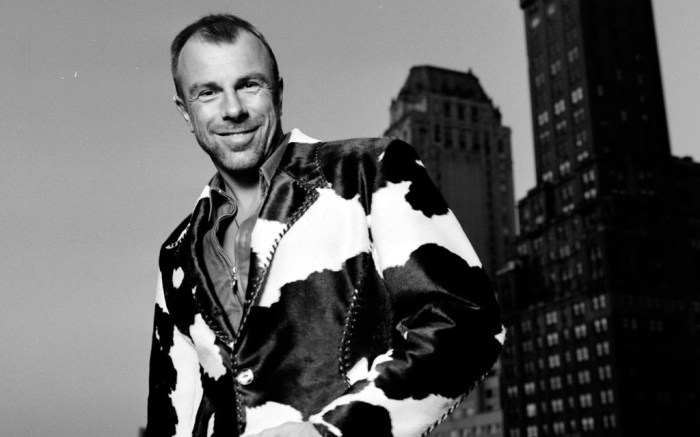 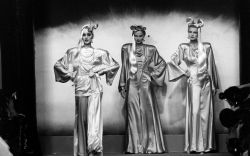 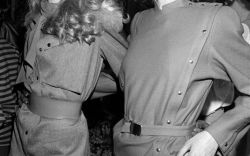 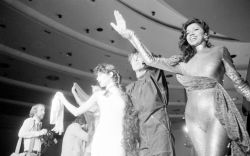 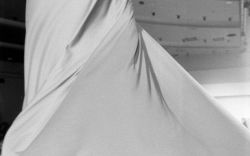 “We are devastated to announce the passing of Mr Manfred Thierry Mugler on Sunday, January 23rd, 2022. May his soul Rest in Peace,” said a message on the @manfredthierrymugler account.

In another statement posted to @manfredthierrymugler Instagram account on Monday, Mugler’s manager Jean-Baptiste Rougeot confirmed he died of natural causes on Sunday in Vincennes, France at the age of 73.

Rougeot also confirmed in the statement that further communication about his funeral will be made later in agreement with his family.

Born in Strasbourg, France in 1948, Mugler initially devoted himself to dance by becoming a member of the ballet of the Opéra du Rhin in his hometown.

Mugler’s career in fashion took off when he moved to Paris, where he started off selling his drawings to ready-to-wear brands. He designed his first line, called “Café de Paris,” in 1973, and in 1974, he officially created the Maison “Thierry Mugler” with Alain Caradeuc, his first partner. Didier Grumbach joined them a few years later and accompanied the house to its soaring heights as Mugler worked to revolutionize fashion codes for more than three decades.

As an avid photographer, Mugler took on the responsibility of directing his own campaigns, which lead to directing short films and his first music video in 1992 for George Michael’s “Too Funky” single.

Also in 1992, Mugler created his first perfume with Clarins Group called “Angel,” which is still a best-seller for the brand today.

After realizing his dreams by creating haute couture collections in the mid-90s, Mugler decided to leave fashion in the early 2000s to devote himself to directing. He went on to direct Beyoncé’s “I Am…” world tour in 2009 and 2010, and would collaborate with Cirque du Soleil on its only adults show “Zumanity” in Las Vegas.

While the designer left the helm of the brand in 2002 — he later served as the artistic director of Thierry Mugler Parfums — he has been a mainstay in pop culture, with fans like Cardi B, Lady Gaga and Kim Kardashian.

In one of his most attention-grabbing moments during the past few years, the designer came out of retirement to design Kim Kardashian’s 2019 Met Gala dress. The dress featured intricate detailing that resembled beats of sweat, with a plunging neckline and button-up detailing going down the middle.

A retrospective dedicated to Mugler opened at Musée des Arts Decoratifs during Paris Fashion Week last fall. The “Couturissime” exhibition is full of designer and founder Thierry Mugler’s creations from the ’80s and ’90s.

“I have dedicated my life to the most beautiful ‘animal’ on earth: the human being,” Mugler once said. “I know beauty can save the world.”

This is a developing story. Check back for more.