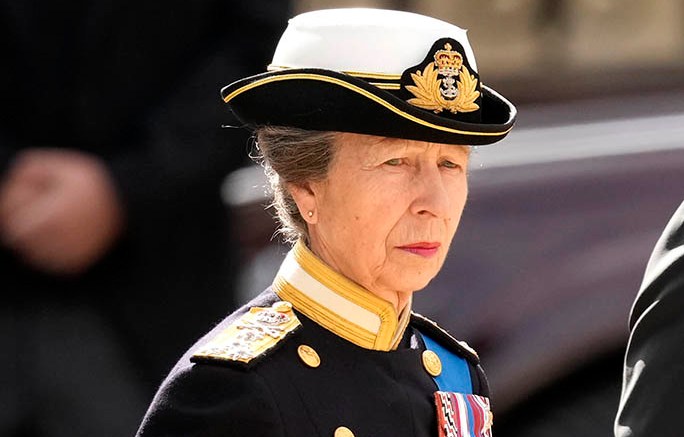 Princess Anne was dressed in royal attire while attending Queen Elizabeth’s II funeral service in London on Monday. Anne walked side by side with King Charles III behind the Queen’s funeral cortege borne on the State Gun carriage of the Royal Navy.

The princess wore a royal blue military uniform, as is tradition for royal family members for this occasion. The uniform consists of a black jacket with matching dark pants completed with a blue sash, badges, and gold buttons. The uniform’s formal white hat, as well as a sword and white gloves, are also customary.

PHOTOS:Queen Elizabeth’s Shoe Style Through the Years, From the ’60s to Today