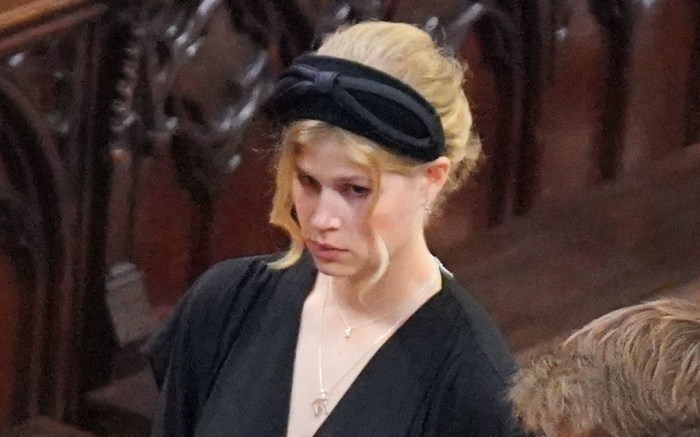 Lady Louise Windsor was formally outfitted for the funeral of Queen Elizabeth II in London on Monday morning.

When it came to footwear, the 18-year-old royal wore a pair of black pumps with matching tights. Her shoes appeared to feature suede uppers and thin heels totaling 3 inches in height, giving her ensemble a formal finish while remaining appropriate for the occasion. Similar styles were also worn by Meghan Markle, Kate Middleton and Princess Eugenie in a range of textures during the occasion.

The tradition of black mourning clothing started during the Roman Empire. Back then, the deceased’s family would wear a dark-colored toga as a sign of grief. This tradition persisted throughout medieval times when widows would wear black caps and veils to mourn the loss of their loved ones in England. By the late 19th century, black clothing had become associated with mourning after Queen Victoria spent 40 years wearing only black to mourn the loss of her husband, Prince Albert.