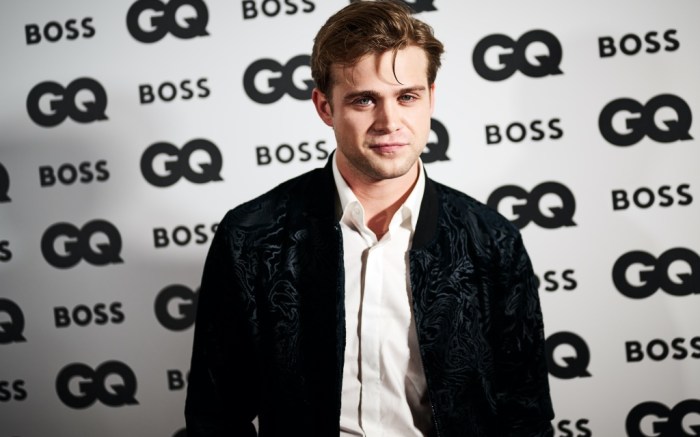 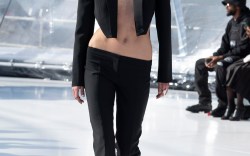 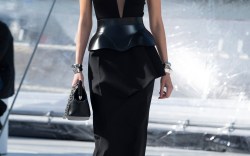 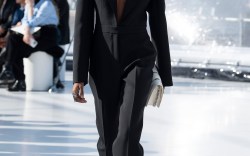 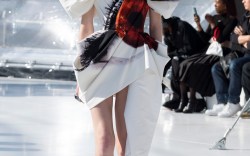 Leo Woodall went back to basics for Man About Town. The actor, who plays Jack in “The White Lotus” — now going viral for a daring scene in the fifth episode of the HBO Max drama’s second season — posed for a new editorial in the UK magazine’s winter/spring 2022/2023 issue.

While posing for Rhys Frampton, Woodall wore an all-white outfit. His attire, as seen on Instagram, featured a simple white tank top tucked into a set of Alexander McQueen trousers. Hailing from the British brand’s fall 2022 collection, the $1,050 pants included a creamy white tone with stitched pockets and a buckled attached belt for a utilitarian twist. A thin beaded necklace finished Woodall’s outfit with a dash of beachy bohemian flair.

A post shared by Man About Town Magazine (@_manabouttownuk)

Woodall’s footwear for the occasion was a set of black leather boots from Bottega Veneta. The “Cherry” actor’s style included rounded toes with elasticized Chelsea panels in each side. Thick ridged lug soles gave the set a grungy, rebellious base, complementing his trousers’ stitching with similar white stitches next to its outsoles.

In the accompanying interview, Woodall also discussed his role as Jack on “The White Lotus.” The issue, which is available to order on the publication’s website, also includes editorial features on Logan Lerman, Luke Grimes, Joshua Jackson and Louis Culture, among others.

“I play the role of Jack. We’ve got some similarities and some differences; he’s a fun, proper front-runner Essex boy. But he’s a bit of a troublemaker which makes him fun to play,” Woodall shared in his accompanying interview. “I was nervous to start, but at that point, I was thinking ‘I cannot believe my life, this is one of the most amazing experiences you might ever have, so just enjoy it!’ It was about three or four weeks in when I was on set with everyone, that was more nerve-wracking than the first day.”

When it comes to shoes, Woodall often sticks to classic styles. The “Nomad” actor can be seen on the red carpet and during formal occasions in dark leather lace-up loafers. He similarly dons low-top sneakers in neutral hues including black and dark brown while off-duty.