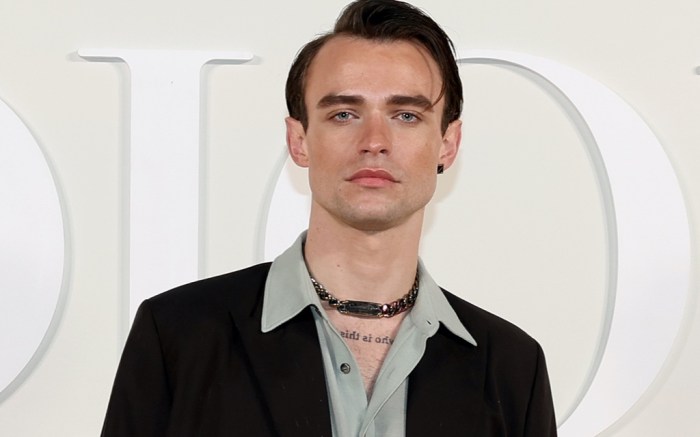 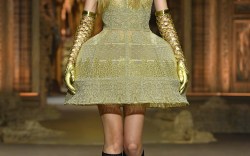 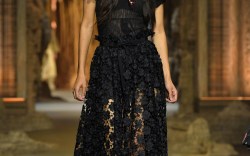 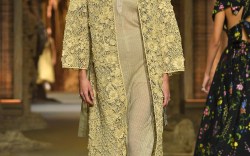 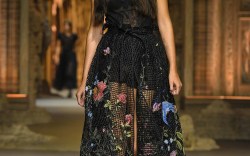 The “Gossip Girl” star arrived to the occasion in a head-to-toe Dior ensemble. His attire featured slim-fitting black trousers and a slightly oversized black coat, creating a minimalist appearance. A pale green button-down shirt aded a pop of tonal color to the neutral pieces to form a more refined palette. Completing Doherty’s ensemble with an elegantly edgy finish was a gunmetal chain-link nameplate necklace, as well as a single matching square stud earring.

When it came to footwear, Doherty slipped into a sharp set of sneakers to complete his ensemble. The actor’s footwear featured flat white rubber soles, complete with black suede and leather paneled uppers. The matte style was complete with rounded toes, as well as monochrome laces, for an easygoing finish.