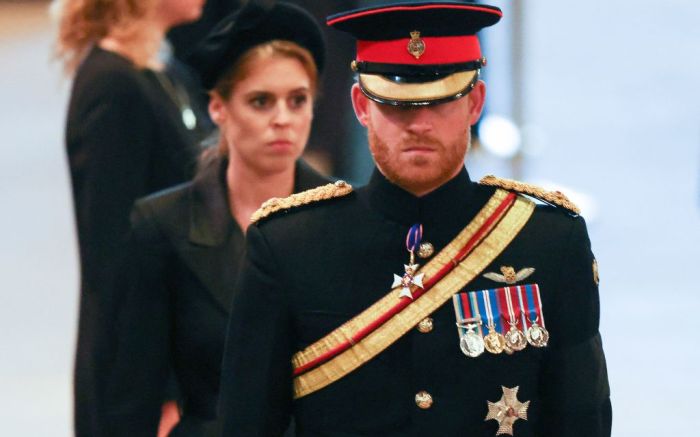 Prince Harry paid his respects to Queen Elizabeth II one more time during the last royal vigil around the late monarch’s coffin today at Westminster Hall in London. He was part of the ceremony that gathered all eight of Queen Elizabeth II’s grandchildren, including his brother, Prince William.

Harry, who served on the front line during two tours of duty in Afghanistan, was granted special permission by his father, King Charles III, to wear his military uniform to the vigil despite not being a working royal.

Meghan Markle’s husband wore the royal navy military uniform, as is tradition for royal family members for this occasion. The uniform features dark navy pants and a matching jacket, completed with a blue sash, badges, and gold buttons.

Even though Harry is a former Army officer, he has been in civilian dress during the mourning period of Queen Elizabeth II because he is no longer a working royal. Harry and his wife stepped down from their senior royal roles in 2020.