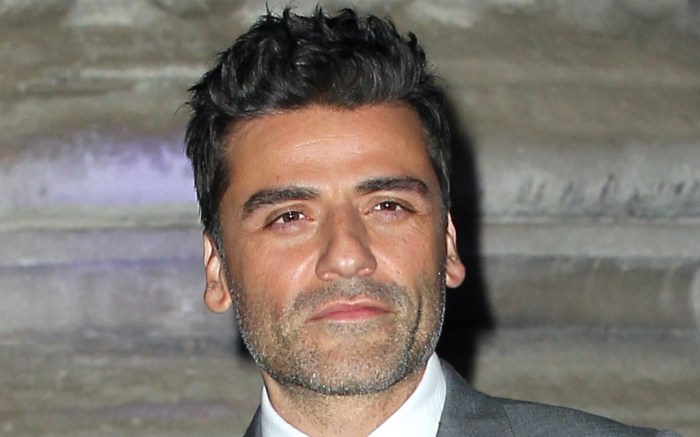 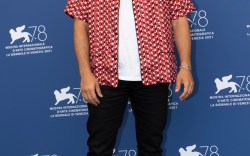 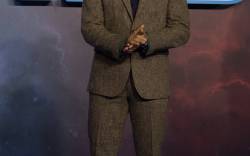 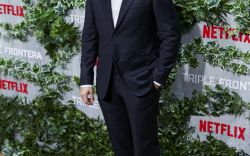 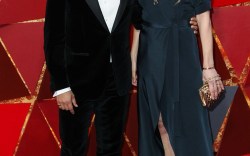 Oscar Isaac gave classic suiting the slip — with an academia touch to boot — at Marvel’s “Moon Knight” premiere in London on Thursday.

For the occasion, the Golden Globe-winning actor arrived in a sharp gray flannel suit by Thom Browne. Styled by Michael Fisher, the ensemble featured a classic white shirt and black tie beneath an expertly tailored blazer. However, his look came with a twist, swapping trousers for a pleated knee-length skirt with a high-low silhouette. The look was completed with a white pocket square, as well as black socks with one of Browne’s signature four-bar logos in white.

When it came to shoes, Isaac laced into a hybrid pair of combat boots — also by Browne. The “X-Men: Apocalypse” actor’s style featured a lace-up silhouette with black pebbled leather uppers. Giving the edgy pair a dapper touch, however, were almond-shaped toes, short block heels and allover wingtip perforations — providing a hybrid between a classic biker boot and formal dress shoes. Like the rest of Isaac’s look, his boots provided a unique take on classic suiting while remaining modern and slightly subversive.

Isaac’s take on the skirting trend also made waves earlier this week, when he wore another Browne skirt with black chunky oxfords and a leather jacket, giving the formal pieces an edgy twist.  Men’s skirts have been embraced on the red carpet in recent months, as one of the breakthrough moments in genderless dressing. The style has been spotted on numerous stars, including Lee Pace, A$AP Rocky, Harry Styles and Evan Mock.

For footwear, the “Star Wars” star often pairs his looks with sharp tonal loafers, brogues and boots from brands like Valentino, Ferragamo and Prada. Off-duty, he can also be spotted in low-top Nike sneakers.

Discover Isaac’s best looks over the years in the gallery.