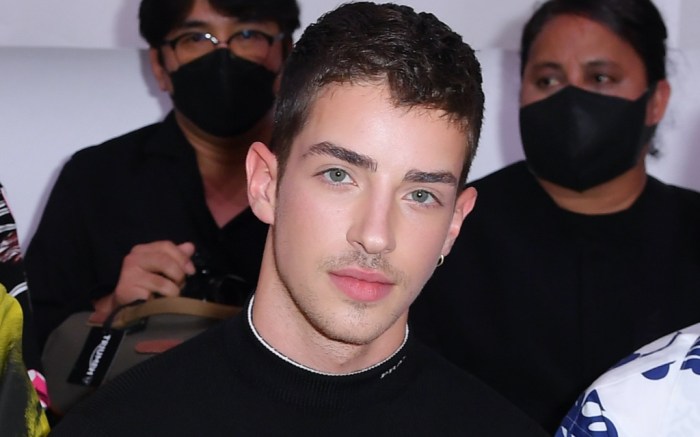 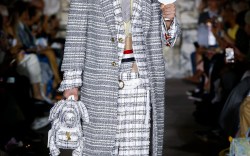 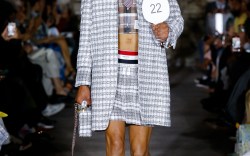 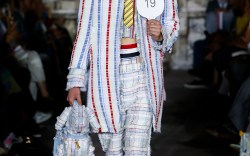 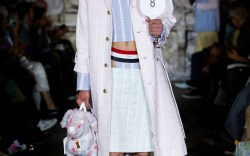 One of Rios’ most viral ensembles revamps suiting in a grungy take, as well: a brown faded leather jacket and 5-inch shorts with silk boxers by Miu Miu, paired with the brand’s gray and cream argyle sweater vest and a set of calf-high black leather Prada boots.

The actor also shoes a more daring suiting outfit as well, shrugging off a black and red tweed Thom Browne blazer to reveal the straps of a red Browne bikini top, paired with the designer’s white tweed shorts and plaid loafers.

In the accompanying interview with musician Conan Gray, the “Stranger Way of Life” actor discusses a variety of topics, including identifying as Gen Z, American pop culture and working with Pedro Pascal. Rios also shares his memories from his first time attending the Met Gala in 2022.

“That was so surreal,” Rios remembers. “I’ve been seeing the Met Gala since I was a kid and I’ve always been really inspired by it, but I never thought I was going to make it there. When I heard that I was invited, it didn’t feel real at all. I remember before going on the red carpet, I thought I was really calm, but suddenly I felt all the nerves that I had before.”