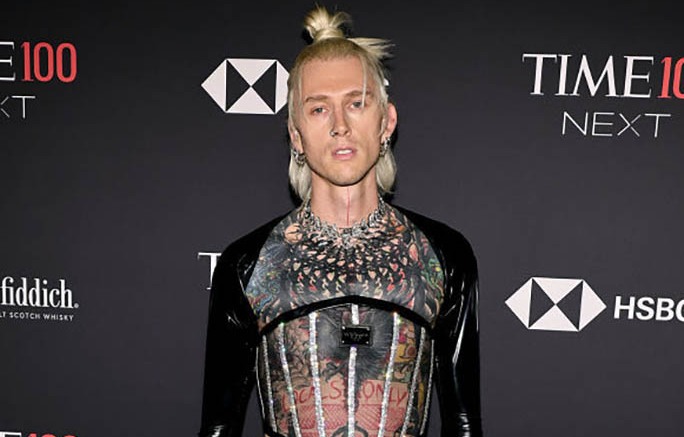 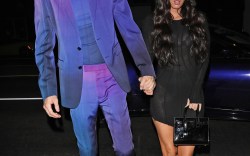 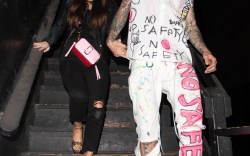 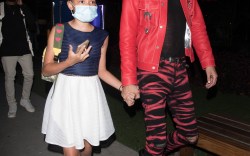 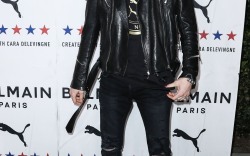 Machine Gun Kelly suited up while receiving his first-ever Grammy Award nomination. The star is officially a nominee for the 2022 ceremony’s Best Rock Album award, for his record “Mainstream Sellout.”

When it came to footwear, Kelly laced into a pair of platform Converse sneakers. The edgy style appeared to feature black canvas uppers with elongated padded tongues, silver bar piercings and thick cream-toned ridged soles, as well as its signature capped toes. The pair provided a relaxed, laid-back finish to the singer’s ensemble — which also marked his latest dynamic suiting moment this season.

While promoting his upcoming film at the San Diego Film Festival earlier this fall, Kelly made waves in a blue Atelier Cilian suit paired with a sheer top, pearl necklace and pastel pink Giuseppe Zanotti loafers.

Over the years, Machine Gun Kelly’s looks have streamlined and become more maximalist through his work with Ballheim. The “Papercuts” singer experiments with a wide range of ensembles that feature sequins, pearls, neon and a variety of textures, hailing from brands including Dolce & Gabbana. However, no matter how bright or dark the vibe, the musician has always maintained a devil-may-care mentality towards footwear in a range of sharp, lace-up or colorful loafers, brogues and boots from the likes of Berluti, Dr. Martens and more top brands.