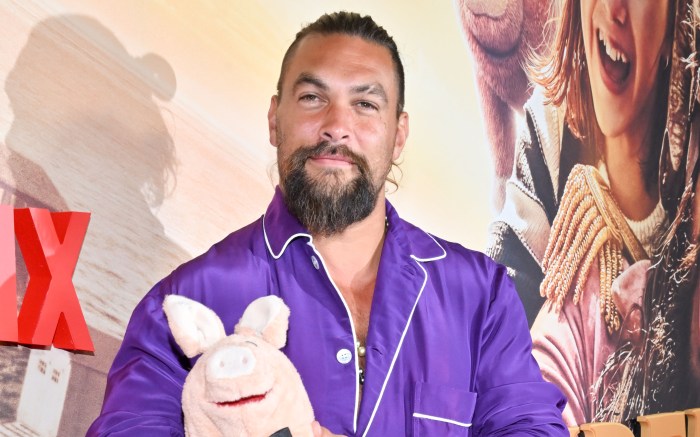 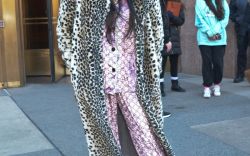 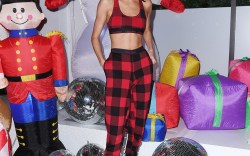 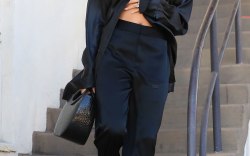 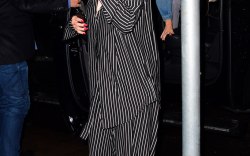 Jason Mamoa was ready for bed on his latest red carpet appearance. The actor wore pajamas to attend the world premiere of his new film, “Slumberland” at AMC Century City 15 in Los Angeles last night.

Momoa posed in a bright satin purple pajama set featuring white lining with matching round buttons. He added a few silver rings and pearl necklaces and pearl bracelets to complete his look.

Loafers were first popularized in the 1950s amongst men, yet evolved over time into many styles and silhouettes. For men, loafers tend to be business-casual shoes; for women, they can also be lug-sole shoes synonymous with schoolgirl style.

“Slumberland” is an American fantasy adventure film directed by Francis Lawrences and based on the comic trip “Little Nemo in Slumberland.” Mamoa plays the role of an eccentric outlaw named Flip, who helps Barkley’s character, Nemo, find her way to Slumberland to see her late father.

Mamoa is known for his wild red carpet looks, often featuring bright and or boldly-patterned suits or two-piece sets, paired with loafers, typically open-heeled, a brown or black short leather boot, or the occasional high, laced-up boot. When he’s not showing up for a movie premiere, you can typically find Mamoa in a sporty slim leather sneaker.

PHOTOS: The Chicest Celebrity Pajama Styles Through the Years