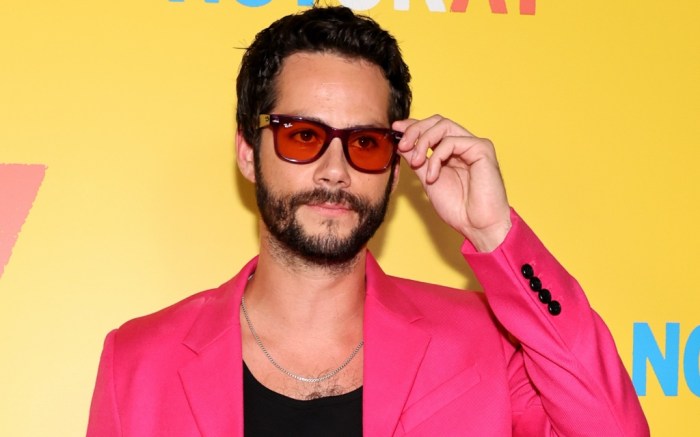 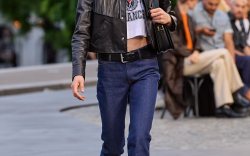 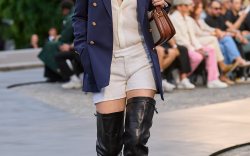 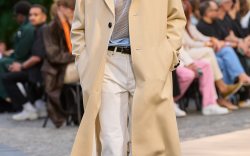 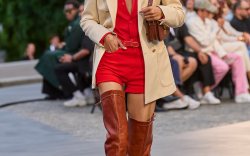 Dylan O’Brien was thinking pink on the red carpet for the New York City premiere of “Not Okay.” The satirical dark comedy, directed by Quinn Shephard, follows a young woman (Zoey Deutch) who gains fame and social media influence after posing as a survivor of a Parisian terrorist attack. O’Brien stars in the film, which is now streaming on Hulu, alongside Deutch, Mia Isaac and Nadia Alexander.

Lug-soled loafers like O’Brien’s have risen in the past year as a top menswear shoe trend, due to their subversive take on a classic style. Pairs have emerged since in numerous hues, finishes and silhouettes from a range of brands, including Christian Louboutin, Duke + Dexter and Aldo. Monochrome styles have especially grown in popularity from their twist on preppy academic style, such as the tonal leather and suede pairs in versatile hues of black, brown and gray in Allen Edmonds’ sharp spring collection. Meanwhile, others have fully leaned into the shoe’s rebellious nature, like Blackstock & Weber — which has soared in virality from its bold loafers featuring bright and jewel-toned colors, plus prints ranging from snakeskin to zebra stripes and leopard spots.

O’Brien’s shoe style has transformed since he rose to prominence on MTV’s “Teen Wolf” in the early 2010’s. Frequently wearing suede lace-up sneakers and vintage boots on the red carpet, the actor has since leaned into sharper dressing with dapper leather loafers from brands including Dr. Martens. When off-duty, he’s also known to lace into soft neutral and pastel sneakers from Converse, Vans and Saye, among numerous brands.