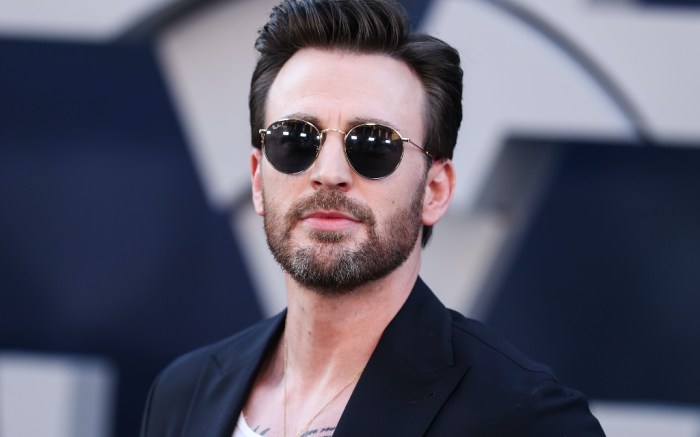 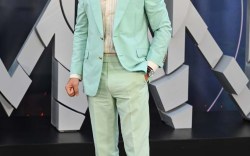 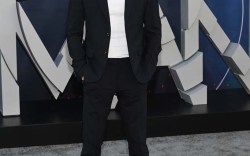 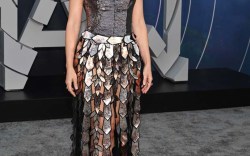 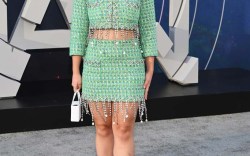 Chris Evans brought sleek style to the red carpet at the Hollywood premiere of “The Gray Man.”

While arriving at the TCL Chinese Theatre on Wednesday night, the “Captain America” star wore a deep navy blue suit by Eleventy Milano. Adding a casually nonchalant air to the formal set was a white tank top with a faint ribbed texture. Completing Evans’ California-cool outfit was a set of glossy black Ray-Ban sunglasses, as well as a gold pendant necklace, beaded bracelet and gold IWC Schaffhausen watch.

When it came to his shoes, Evans and stylist Ilaria Urbinati opted for a set of sharp black loafers for the occasion. The “Knives Out” actor’s style featured flat soles in a lace-up silhouette, complete with dapper leather tassel accents on their fronts. The relaxed pair added an air of vintage appeal and ease to Evans’ outfit, while remaining versatile for a range of ensembles on or off the red carpet.

Netflix’s “The Gray Man” premiered in Hollywood at the TCL Chinese Theatre. The red carpet occasion featured numerous stars from the upcoming action film, including Ryan Gosling, Chris Evans, Ana de Armas and Regé-Jean Paige. The movie, which follows a CIA agent on the run from assassins after uncovering agency secrets, debuts on the streaming platform on July 22.

Discover Evans and more stars at the “Gray Man” premeire.