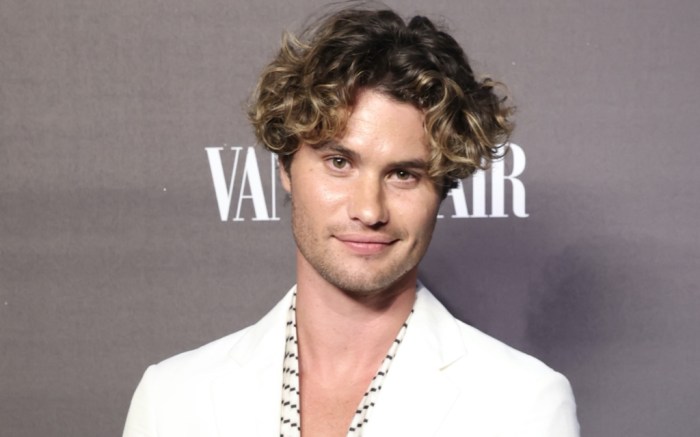 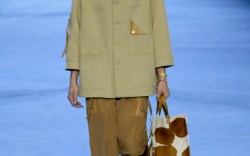 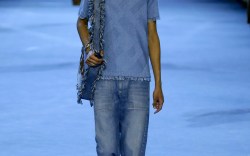 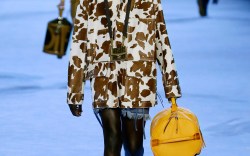 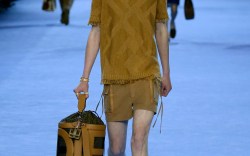 Chase Stokes took an “everyman” approach to fall style while celebrating his 30th birthday this weekend.

Snapping a mirror selfie for Instagram on Saturday, the “Outer Banks” actor posed in a classic white T-shirt and black trousers — two versatile separates that can be easily styled and worn across seasons. For a fall-worthy twist, the star wore Vince’s $245 Cabrillo shirt over the pair. The long-sleeved collared top featured horn buttons and a dark red and cream palette, providing an easy layering piece for the season ahead. Completing Stokes’ outfit was a beige and black backpack.

“30?” the star captioned the photo dump, which included videos of him shooting paintball, petting a dog and sailing. The post also gained acclaim for the actor’s new short haircut — a sharp departure from the untamed curls he usually sports on and off-screen.

When it came to shoes, Stokes wore a set of high-top sneakers paneled in tan and white hues. The pair, which appeared to feature leather uppers, was complete with rounded toes and white laces. The set added a sporty and relaxed finish to Stokes’ ensemble, while remaining versatile to be paired with a range of other pieces. They also proved sharply different from the “Beach House” actor’s recent ensembles — including the white suit and glossy black loafers he wore at the The Ball of Light at Ca’Vendramin Calergi in Venice this month.

Sneakers similar to Stokes’ are renowned for their versatility from easy wear and tonal uppers. Lace-up and slip-on pairs in black, brown and tan hues are often favored for fall, due to their ease and modernity. Allen Edmonds regularly launches styles in this vein each season, featuring slip-on and lace-up sneakers in versatile suede and leather tones that complement any outfit. Fall offerings from Kenneth Cole’s new collection also feature a range of retro, low-top and hiker-style sneakers with a mix of beige, black, white, and gray tones, adding a versatile twist that’s easygoing and sharp to one’s everyday wardrobe.

When it comes to footwear, Stokes often keeps his styles versatile and season-less. The actor can frequently be seen in white and black lace-up sneakers by Converse, as well as gray Vans slip-on sneakers. Stokes has also been spotted in Birkenstock sandals — frequently worn with socks — while off-duty. On the red carpet, he typically dons black leather and suede slip-on loafers, brogues and sneakers.