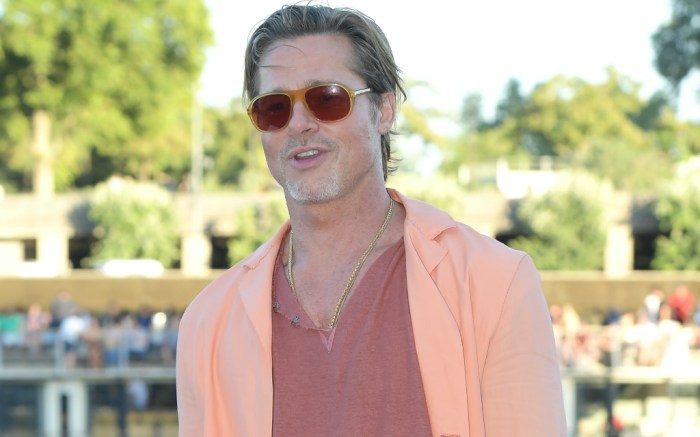 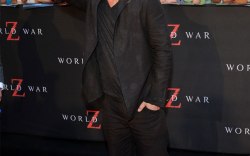 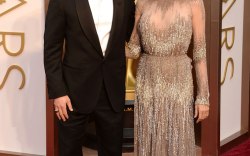 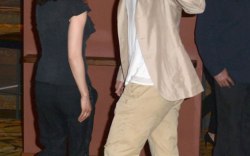 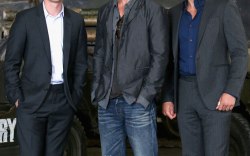 Brad Pitt brought a relaxed ease to his latest press tour for “Bullet Train” in Paris.

The Oscar-winning actor posed with King, Tyree Henry and Taylor-Johnson, as well as director David Leitch and producer Kelly McCormick, at the Bateau L’Excellence near the Eiffel Tower. For the occasion, he wore a light sorbet-toned orange linen blazer, which featured short lapels and two brown button closures. The blazer was paired with a matching set of linen drawstring pants, and layered atop a burnt range V-neck Henley shirt for a relaxed take on suiting.

Completing Pitt’s ensemble was a thin gold necklace, silver watch and set of two-toned orange sunglasses — plus Breitling’s Navitimer B01 Chronograph 43 watch, which included a pale blue face within a stainless steel band. The sharp timepiece retails for $9,500 on Breitling’s website.

When it came to shoes, Pitt continued his easygoing appearance in a pair of slip-on sneakers. The “Big Short” actor’s set included off-white canvas uppers and rounded toes, as well as flat rubber soles. The style added a casual air to his outfit, while providing a neutral base for its orange tones to stand out.

Slip-on sneakers like Pitt’s are a longtime staple in the menswear world, favored for their comfortable flat silhouette and ability to be slipped on and off. In particular, neutral-toned leather and canvas styles are favored for their sharp appearance and ease to be worn with numerous outfits. New styles in a variety of materials have been released from a range of brands this summer, including Florsheim, Greats, Sperry and Cariuma.