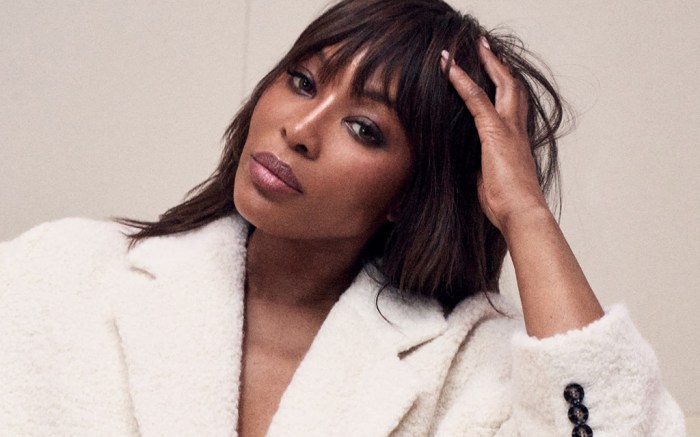 Being the Bss woman she is, Campbell has been in her fair share of campaigns from Versace to Lanvin. The seasoned model has seen and done it all. The star is synonymous with fashion and thus, the household name needed to be dressed with comfort and style in mind. Following up with that sentiment, Campbell wore a risky sleek black tailored suit jacket with nothing on under it. The jacket was paired with ink black slacks made of the same material. While they’re quite hard to see, the model posed in black classic pointy pumps with stiletto heels, aligning with that classic stylish quality Campbell has naturally.

The second look saw Campbell lounging on a cream-colored lounge chair in a faux-furry white jacket with black buttons running down either side of the lapels and near the cuffed sleeves. The lining of the oversized piece was a silky white with a reflective quality. Based on the angle and styling. It seems like Campbell wore nothing else under the statement-making outwear. What could be more stamens-making than that?