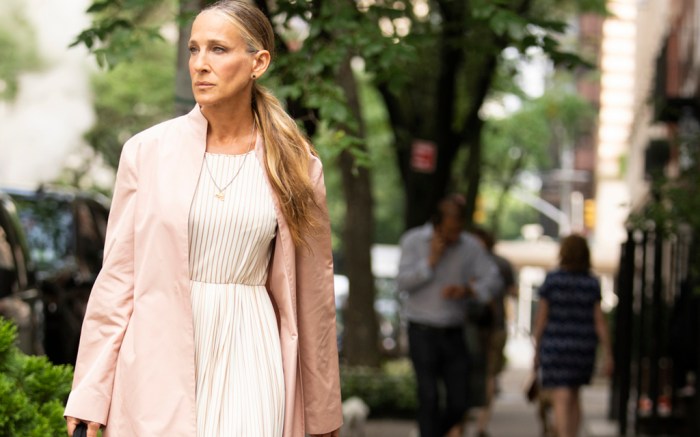 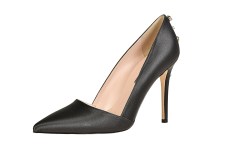 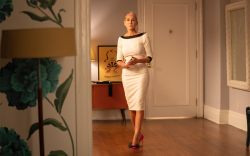 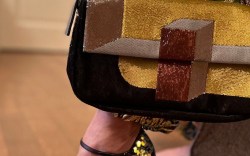 “And Just Like That” wraps up its first season today — and Sarah Jessica Parker is revealing a big shoe surprise to coincide with the finale.

During the 10-episode series, Parker’s Carrie Bradshaw turned to some old “Sex and the City” shoe icons, including her beloved Manolo Blahnik pumps. She wowed in Christian Louboutin again too, and stood tall in Aquazzura platforms.

But if you looked closely, you might have also noticed Carrie wearing shoes that you’ve never seen before.

That’s because Parker and costume designer Molly Rogers teamed up with SJP Collection co-founder and Parker’s business partner, the late George Malkemus III, to build footwear under a faux label for the show. It turned out to be a very sentimental moment for the pair as it was their final collaboration before the footwear legend died in September 2021 after a private cancer battle.

The mission? To design a series of silhouettes that they imagined Carrie would adore and wear.

“As fans of the original series are well-aware, fashion and specifically footwear have always been a deeply important part of the storytelling, especially for my character,” Parker said in a statement to FN. “Knowing Carrie so intimately, I felt privileged to be in a position where I could work with George to design shoes from scratch that were not only beautifully hand-crafted and incredibly comfortable, but true to both her fevered love of footwear and evolution of character.”

Now, SJP Collection brand is releasing a new capsule of these shoes available for consumers to shop next month.

To avoid being too meta, as SJP doesn’t actually exist in the world of “And Just Like That,” the team removed SJP collection’s sockliner and signature grosgrain touch and anything that would identify them as an SJP silhouette.

It was Malkemus who came up with the name of the label, which is called Duchessa Gardini.

The collection will include four hand-picked silhouettes that have been featured throughout “And Just Like That,” including the Duchessa, a classic pump, which Carrie wore outside a restaurant in episode 9.

You’ll also remember the Rivet — a bright pink heeled sandal mule with crystal embellishments — worn by Carrie when she’s shopped for her Diwali outfit in episode 6.

Also included in the capsule is the Ursula style, a sequined peep-toe sandal, and the Promise, a bow-covered pump. The shoes, all handmade in Italy, will range from $415 to $595 and will launch in SJP Collection stores and online.

Parker said, “It gave us an opportunity to revisit some important fashion references from the past while taking risks and being fantastical.”

To see more shoes created for the show under the Duchessa Gardini faux label, click through the gallery.

Last week, FN caught up with Rogers and fellow costumer Danny Santiago to talk all the shoe secrets from the series. Rogers said they went “nuts” pulling a range of different footwear styles.

Santiago added, “Shoes are important to the brand, especially when it comes to Carrie and her love of shoes and how she basically gave a lot of brands household names from the TV show. So this series is a continuation of that.”