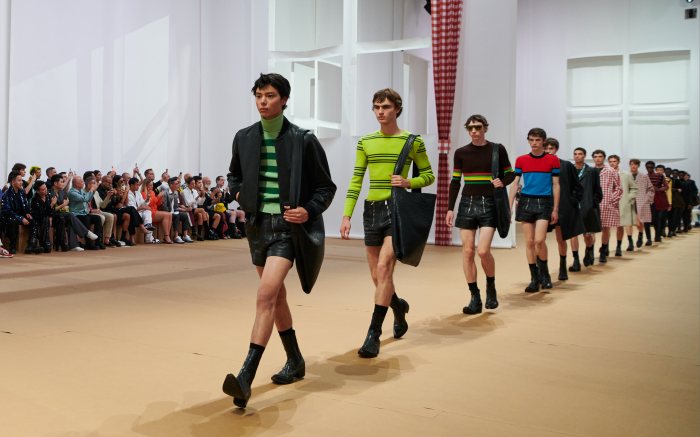 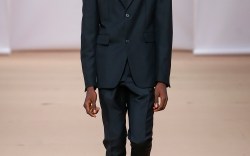 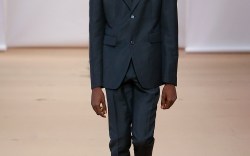 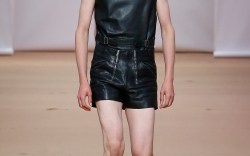 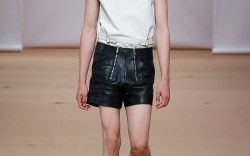 When Prada showcased its spring summer ’22 menswear collection last year at Milan Men’s Fashion Week, the silhouettes took a bit of getting used to. Using a hybrid show format of a live runway (red, futuristic) along with a video of models walking off the runway straight onto a sandy, sunny beach, the settings matched the juxtaposition of the collection’s styling: slick, black leather lace-up dress with the shortest of swimwear looking shorts and some very vacation-friendly accessories, such as bucket hats and novelty sunglasses.

For its spring-summer ’23 menswear collection, which showed on Sunday during Milan Men’s Fashion Week, the Italian fashion brand went a similar route. The shorts were still very short; the shoes were still black leather and dressy. But in the details, Prada aimed to prove that this new, daring menswear silhouette could have staying power with a few nuanced adjustments.

The shorts were still there, often done in a more extreme black leather, some with a rolled cuff. But in place of swim-ready separates, co-creative directors Miuccia Prada and Raf Simons instead added more casual-professional options, such as striped knitwear turtlenecks and short-sleeved crewnecks and khaki trench coats along with the statement piece of the collection: a gingham printed overcoat with a vintage, boxy cut. Bright primary colors, as seen in Prada’s fall ’22 men’s collection, were interspersed into the looks, and a series of the brand’s bestselling black suits also projected a message that anything goes, from the conservative to those riskier shorts hemlines.

On foot, a black leather Cuban-heeled boot with a Western silhouette dominated the runway, giving that same juxtaposition of dress shoe or boot and shocking hemline that was seen for spring ’22. But paired with the quaint gingham coat, the effect was less out of place, more of something one wouldn’t be shocked to see on a city street in late spring next year.

Noticeably gone from the footwear collection was Prada’s platform — which it has been showing in both men’s and women’s collections recently — along with its popular wide-toothed chunky lug sole. One can bet it will still be available in the commercial offering for a little while longer.