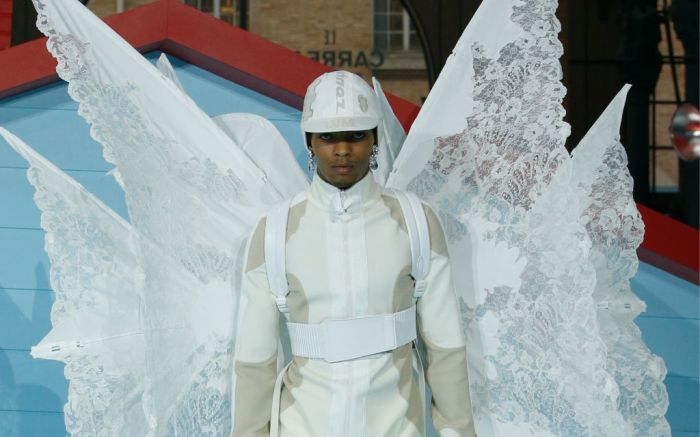 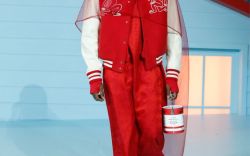 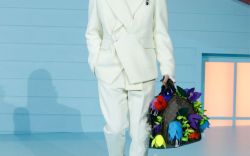 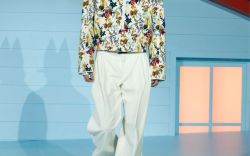 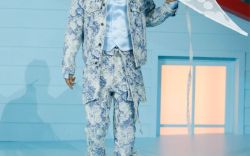 For one last time, the world belonged to Virgil Abloh.

On Thursday at Paris Men’s Fashion Week, Louis Vuitton presented its fall ’22 menswear runway show. It was the last full collection by the brand’s men’s artistic director, who died in late November following a battle with cancer and whose influence on fashion and art continues to reverberate.

From the music — Britain’s Chineke Orchestra, seated at a long dinner table with Venezuelan conductor Gustavo Dudamel, playing eight songs composed by Tyler, the Creator specifically for the show — to the models dancing around and executing a series of how’d-they-do-that falls down and around a blue-sky set set that included collapsing chairs, a gigantic bed and a house with its rooftop sticking out of the floor, it was a singularly Ablohnian performance that served as a reminder of how big of an impact the designer had on fashion in just a decade or so.

There was a lot to take in, both in the show’s setting and in the collection itself. it started out simple, in an all-black look of suit, shirt tie and leather boots, which upon closer inspection where a pair of high heels that echoed the exaggerated shape of the suit. Next came a black overcoat, worn by a model holding a bouquet of black-and-white paper flowers. From there, the collection blossomed in shape and color and movement. A boxy cropped jacket in cream reminiscent of a vintage ladies tweed was paired with wide-leg skater jeans bearing the LV logo. The trouser shape carried on through the collection, paired later with a grape-hued PVC bomber, also done in monogram logo. A series of earth-toned knitwear depicted paintings by Gustave Courbet and Giorgio de Chirico.

Graphic prints, tie-dyes and long skirts and baggy pants had the distinct air of ’90s skateboard culture, a world in which Abloh was fully enmeshed during his childhood and one that he continually referenced in his designs and sneaker preferences.

On the footwear front, ther Abloh also explored the men’s heel, this season going even higher with the aforementioned leather boot, which also came in a tapestry floral to match a coordinating look. There were still plenty of sneakers (including a tapestry style and a sky-blue high-top that matched the set and its inherent optimism), though not the brand’s Air Force 1, a collab from spring ’22 that will now be auctioned at Sotheby’s in a charity auction starting Jan. 26.

When the brand went ahead with its spring ’22 menswear runway show at Art Basel in Miami, just two days after the death of Abloh in late November, the entire fashion world and the designer’s legions of fan were in a state of shock. Many of those close to the creative paid tribute, from Kith’s Ronnie Fieg to Fear of God designer Jerry Lorenzo, and countless of Abloh’s boldfaced friends.

Nearly two months later, the loss of the designer is still palpable — and the emotional fall ’22 show inevitably brought forth the difficult question of Abloh’s successor. In an interview with WWD, Louis Vuitton CEO Michael Burke revealed that the brand was taking its time.  “It needs to be given the right amount of time. It cannot be done under pressure,” he said. “This is not a house that relies on one singular individual. Louis Vuitton is too big for any singular individual.”

A successor to Abloh may be unclear at the moment, but what is clear is that the designer’s collection for the brand are destined to become collectibles, now and for years to come.