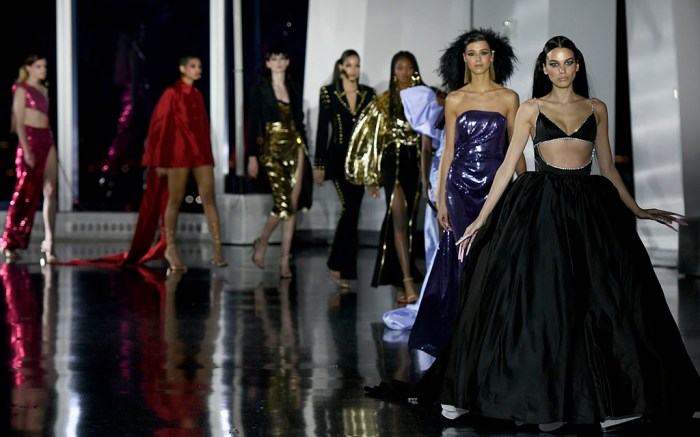 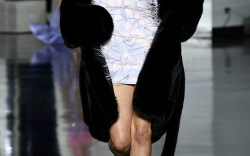 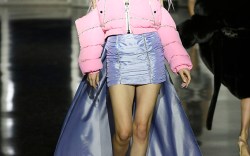 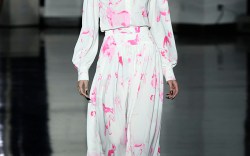 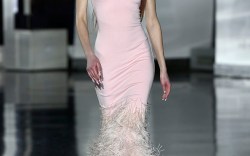 On Friday, Christian Cowan took fashion to new heights. The designer hosted his fall ’22 runway presentation at One World Trade Center Observatory in New York. The moment marked the first time the space held a fashion show, plus, it broke the record as the highest-fashion show ever during New York Fashion Week — it was more than 100 floors up in the sky, after all.

During the show, Cowan celebrated the return to nightlife and glamour with an abundance of Preciosa crystals, feathers, sequins, and glitter, with nods to his current hometown — New York City.

For the shoes, Jessica Rich provided her signature PVC pumps making way for the glitzy collection to shine. And speaking of shoes, one model seemingly had enough of walking in heels. While it’s unclear whether there was a malfunction or if it was part of the performance, the model decided to sit on the ground, graciously kick off her high-heeled shoes and continue walking the runway.

To see the entire Christian Cowan fall ’22 collection, click through the gallery.