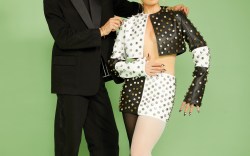 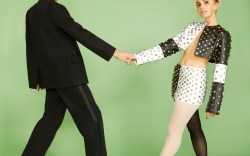 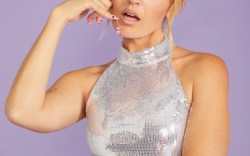 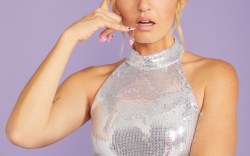 “SNL’s” Chloe Fineman channeled her inner Meredith Marks on set with FN last month — except she passed on wearing pants.

The actress and comedian sat down with designer Christian Cowan to talk all things “The Real Housewives.” The two can be seen in Cowan’s dramatic feather coats from his spring ’23 runway collection.

“What I love about you is I do feel like we share some similar muses, such as the women of the ‘Housewives.’ The first time I did your shoot, everyone there was a muse of mine. It was very exciting. Dorinda [Medley] flashed me entirely and couldn’t have a care in the world,” Fineman said to Cowan.

Fineman’s referring to the Cowan’s fall ’21 “A Fashion Thing” film, which also starred her “SNL” cast mate Bowen Yang, Paris Hilton and more. And she can now be seen in Cowan’s new campaign marking his first Crocs collaboration.

All seen in Cowan’s Crocs campaign is “The Real Housewives of New York City’s” Sonja Morgan.

And while the Bravolebrities continue to be inspiration for the designer, he revealed a surprising fact during the interview.

Fineman chimed in: “What?! Not a single city? New York?”

During the conversation, the dynamic duo talked further about their influences from pop culture, with Fineman taking cues from the early aughts.

“This is really embarrassing, but I was inspired by Johnny Depp in ‘Pirates of the Caribbean.’ And it struck an eyeliner moment for me. I remember seeing the movie and coming home and trying to do that as a 17-year-old girl. I went blonde because of ‘Legally Blonde,'” she said.

To see more from Christian Cowan and Chloe Fineman’s FN cover shoot, click through the gallery.