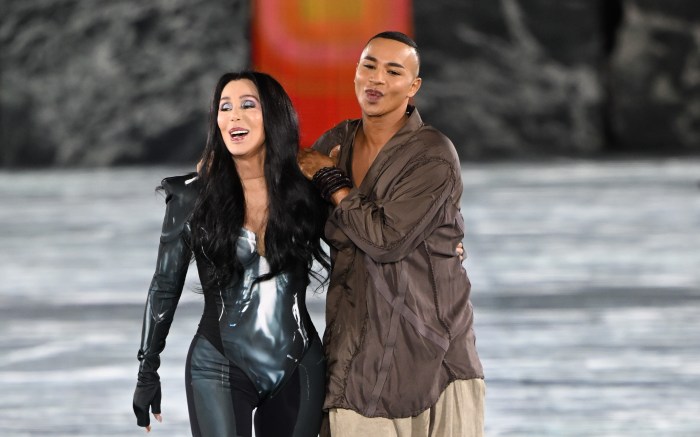 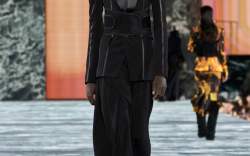 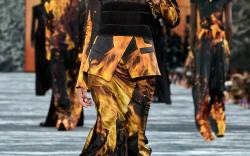 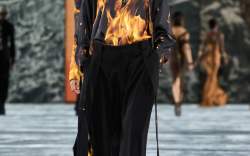 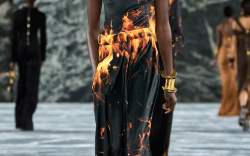 No need to “Turn Back Time” — Cher in 2022 is just as vibrant as ever. The music icon proved her staying power in fashion and pop culture Wednesday night when she made a surprise appearance on the the runway at Balmain’s spring summer ’23 show during Paris Fashion Week.

After more than an hour-long wait as 6,000-plus ticketed attendees and a bevy of celebs (including Kylie Jenner and Neymar) poured into the Stade Jean-Bouin in Paris’s, guests were given a hint of the pop icon when she popped up on the big screen in a campaign for the brand’s handbags.

But it wasn’t until more than 100 looks walked the runway — including Ashley Graham, whose appearance elicited cheers from the crowds — and Balmain creative director Olivier Rousteing took a long bow on the catwalk (decked out in the collection’s massive platform shoes, which he nearly tripped over), that Cher surprised the audience, joining Rousteing on the runway as the artist’s 1998 hit song “Strong Enough” blared over the sound system. The pop star wore a custom gunmetal gray and black bodysuit that had a bustier neckline and featured fingerless gloved sleeves. The singer also sported a pair of the collection’s massive platform boots.

The spring summer ’23 show was billed as part three of Balmain’s festival series, a music-inspired event that began as a pandemic-friendly outdoor runway that has morphed into a larger-than-life extravaganza.