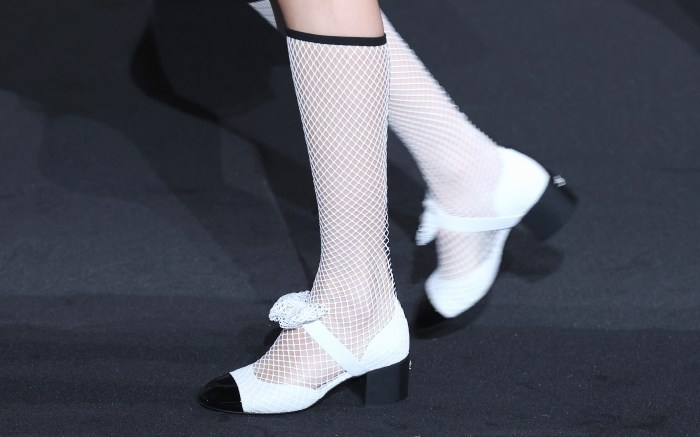 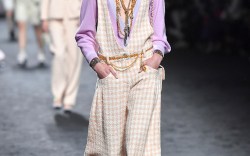 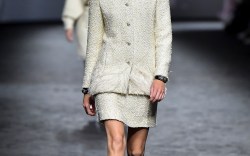 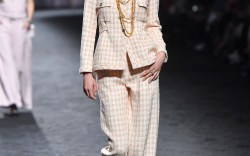 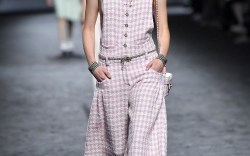 When it comes to accessories, Chanel knows how to do novelty. From sports gear like tennis rackets, skis and surf boards to quirky takes on the brand’s sought-after handbags (former creative director Karl Lagerfeld once used the famed Chanel No. 5 perfume bottle as the inspiration for a whole series), the French luxury brand knows that these ideas keep fans coming back for more.

But when it comes to footwear, Chanel tends to stay classic. From ballet flats to sweet Mary Janes, the brand keeps both silhouettes and fabrics simple and in its usual wheelhouse, working with manufacturers such as Ballin or specialty atelier Massaro for its haute couture footwear creations. Every so often, they’ll do a major boot in sparkles or a gold leaf texture, but that is as risky as it gets.

That’s why its twist on footwear for spring summer ’23 came as something of a surprise. At Chanel’s Paris Fashion Week show Tuesday, creative director Virginie Viard sent the usual Mary Janes down the runway. But this time, they came with a fishnet texture.

Done in tone-on-tone neutrals or black-and-white contrast, the Mary Janes had the usual cap toe, done in patent leather. They also came with a sweet bow detailing on the strap, and some featured a sparkly texture on the uppers.

But it was the fishnets that turned the sweet silhouette into something more subversive. Some styles even featured a trompe l’oeil effect on boots, with fishnet stocking uppers that zipped up to the knee for a fully provocative take on a seemingly innocent shoe.