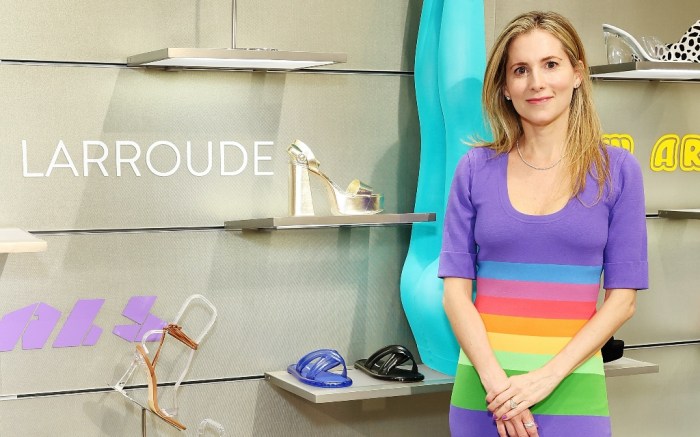 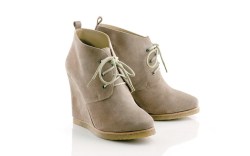 Larroudé has teased its latest collaborator — and took none other than actress Rachel Bilson along for the ride.

Bilson, star of “The O.C.,” posed on a scenic balcony in a sweeping dress with a multicolored and spotted ruffled bodice, complete with a long black slit skirt. On her feet were a sharp pair of forest green leather boots, featuring pointed toes and thin stiletto heels. The shoe collaboration, teased by Larroudé in the caption, is seemingly with a new brand or celebrity — modeled by Bilson ahead of its launch.

Though it’s unclear who — or what — Larroudé’s next collaborator will be, it’s certain to add to the brand’s legacy that’s already been established in the fashion world in just two years. Since its 2020 launch, the label has released numerous colorful collections frequently seen across TikTok and Instagram, and favored by celebrities including Rita Ora, Shay Mitchell, Kristin Cavallari and Charli D’Amelio — as well as launched in larger retailers including Saks Fifth Avenue, Bloomingdales and Revolve.

In 2021, Larroudé also released collaborations with Melissa and Oscar de la Renta, leading into a second de la Renta and a LoveShackFancy lines this year. 2021 also served as the year Larroudé won Launch of the Year at the FNAA’s.

“People should be respected for their work and ideas and not subjected to personal abuses,” Larroudé shared in her FNAA’s acceptance speech. “That’s what’s in part of what drove me to launch Larroudé. I knew I could do better. Fashion is about bringing people together, which will allow anyone to be who they want to be. That is at the heart of what we created.”