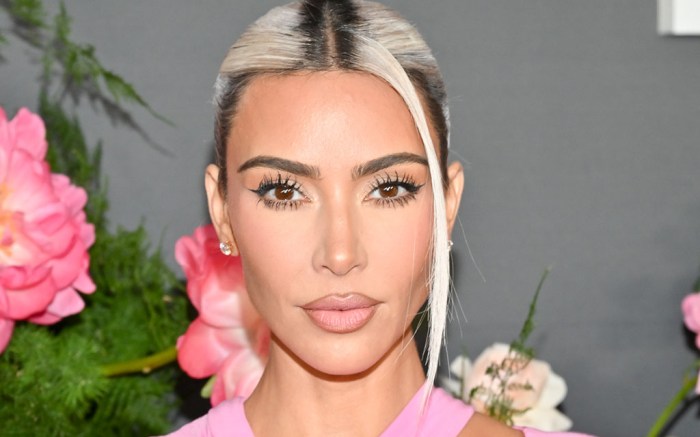 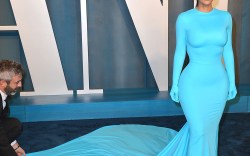 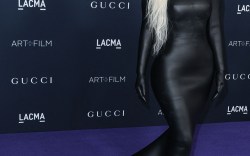 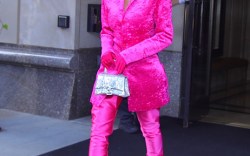 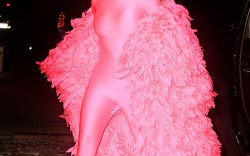 Kim Kardashian is speaking out against Balenciaga’s viral children’s campaign.

Imagery released as part of the brand’s holiday and home goods campaign included two images where children held the French label’s viral teddy bear bags, featuring the fluffy animals dressed in leather bondage gear. The nature of the BDSM-focused accessories picked up steam last week, with Kardashian herself — a current brand ambassador and friend of the label and its creative director, Demna — releasing a statement over Instagram Stories on Sunday.

“I have been quiet for the past few days, not because I haven’t been disgusted and outraged by the recent Balenciaga campaigns, but because I wanted an opportunity to speak to their team to understand for myself how this could have happened,” Kardashian wrote. “As a mother of four, I have been shaken by the disturbing images. The safety of children must be held with the highest regard and any attempts to normalize child abuse of any kind should have no place in our society — period.”

Kardashian also added that she appreciated the brand’s apology and removal of the campaigns — though she is currently “re-evaluating” her relationship with Balenciaga at this time.

“In speaking with them, I believe they understand the seriousness of the issue and will take the necessary measures for this to never happen again,” Kardashian wrote. “As for my future with Balenciaga, I am currently re-evaluating my relationship with the brand, basing it off their willingness to accept accountability for something that should have never happened to begin with — and the actions I am expecting to see them take to protect children.”

Kardashian’s statement follows a viral reaction to Balenciaga’s campaign last week, with celebrities including Bethenny Frankel condemning their inappropriate nature. It also followed the brand’s lunch of its Adidas collaboration campaign, starring celebrities including Bella Hadid — who was called out on social media by fans demanding a statement. Balenciaga also released its own statement via Instagram Stories on Nov. 22 apologizing for the imagery, followed by a retraction of the photos from its digital platforms.

“We sincerely apologize for any offense our holiday campaign may have caused. Our plush bear bags should not have been featured with children in this campaign. We have immediately removed the campaign from all platforms,” the brand stated.