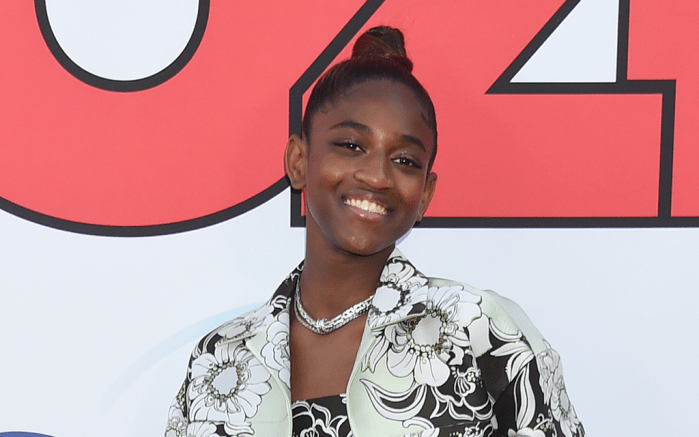 Zaya Wade is more than just a teen fashion icon with a healthy social media following. The 15-year-old daughter of retired NBA athlete Dwyane Wade and stepdaughter of Gabrielle Union uses her platform to highlight the joys of trans life and resilience, showing others the bliss that comes with existing openly and unapologetically. This Pride Month, Wade is getting recognized for her culture-shifting teen advocacy — and she’s dressing the part for the honor.

Wade was chosen by Logo’s NewNowNext website as a member of the Logo30, a group of 30 LGBTQ activists, influencers and changemakers who have increased the visibility of LGBTQ people in society and challenged public misconceptions about queer life. To celebrate the honor, Wade dressed to the nines for a corresponding photo and video shoot, leaning heavily into timeless feminine glamour for her chosen look.

For the June 2 feature, Wade wore a sleek sleeveless ribbed black gown by Loewe that featured an angular asymmetric top and hip detail, adding some dimension to the look. The elegant ankle-skimming dress showed off the teen’s unique floral heels, which were also by Loewe. The black heeled sandals featured two straps running across the top of the foot with a statement heel made to look like an upside-down rose.

Wade kept her glam simple for the shoot, opting for a glowy makeup look with charcoal eyeshadow to match her gown. Her cropped hair contrasted the ultra-feminine outfit, putting all attention on her wide smile.

In the profile released on June 2, Wade told Logo’s NowNewNext that living as her authentic self feels “euphoric.” Wade also talked about experiencing transphobia after coming out in the public eye, including dealing with those who doubt the validity of her identity and journey.

“There are genuinely people out there who think that you’re a kid, this is a phase, or you don’t actually know what you’re talking about,” Wade said in the feature. “I know that I’m trans and it’s not like one day I just went, ‘I want to try out being trans.’ No. So just suck it up. We are who we are.”