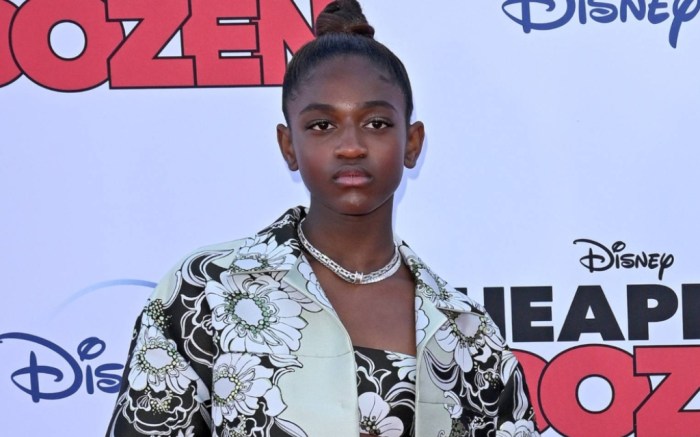 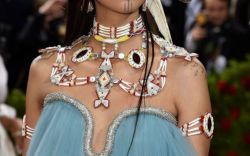 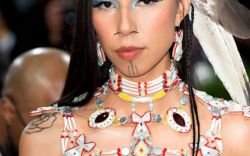 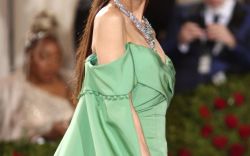 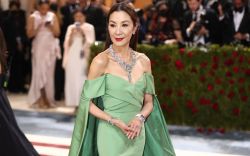 Zaya Wade posted on Instagram late a series of photos of herself wearing the newly released Tiffany&Co. lock bracelet to her thousands of followers.

This appears to be her first major ad campaign. The photos were paired down with headshot photos of Wade wearing a simple black shirt, showcasing her Tiffany bracelet and seemingly new ambassadorship with the renowned jeweler. In the caption, the young fashion icon wrote, “dreams become reality.”

For the photo series, Wade’s hair was styled with a sleek straight half-up and half-down ponytail look that was trendy in the 2000s. Her bangs were pronounced on both sides. This is a departure from the influencer’s shorter pixie cut hairstyles she has become known for styling her hair in. There’s even a sole photo close up of the minimal gold lock bracelet within Wade’s photo dump series promoting the coveted baby blue jewelry brand.

Wade’s makeup is minimal and fresh going for a glossier natural, but not entirely natural makeup aesthetic with a heavy clear appearing gloss stain on her plump lips, thick brushed dark eyebrows, and toned down mascara. The look is age appropriate and effortless for the 15-year-old activist who is an advocate for trans rights.

Although it’s not possible to see Wade’s footwear in the photos shared on her account, the model is often seen in platform heels, statement loafers and sculpted sandals. The budding fashionista often steps out in luxury labels like Gucci, Louis Vuitton, Burberry, Tory Burch, Miu Miu and Ph5.