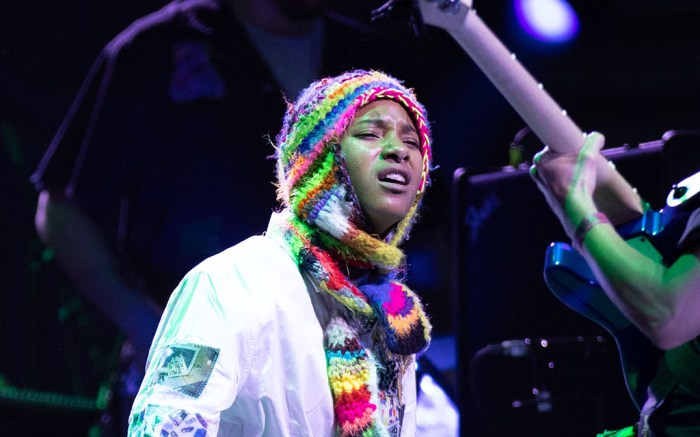 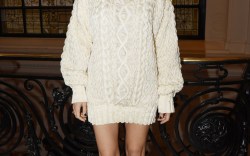 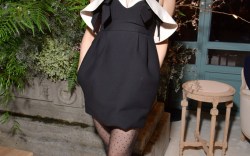 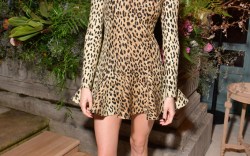 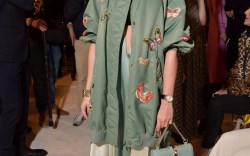 Willow Smith is cooling off in style. The singer shared a video with her Instagram fans yesterday where she’s seen dipping her legs in the cool blue waters of a lake. Smith spoke to her own experiences with feeling inadequate in regards to her work and abilities, the singer writing a potent message in her caption describing what she had been thinking, “Just a reminder that our value as humans doesn’t lie in our external abilities or productivity.”

Smith wore a bright red bikini near the shore,  the top half a halter style. The bottom half of the set was high-waisted but sat low on the “Meet Me at Our Spot” songstress’ hips. Smith did not wear any accessories but her shaved head alone is an accessory for the ages. The style defies mainstream gender roles, allowing the Smith to actively express herself without barriers.

Prior to the post, Smith jammed out beside Machine Gun Kelly on July 13 during his “Mainstream Sellout Tour” at the Kai Forum in Inglewood, Calif. Smith channeled punk pop vibes, joined by pop sensations Avril Lavigne and Halsey.

Making comfort and freedom her top priority, the daughter of Will Smith and Jada Pinkett-Smith decided to go without shoes for her romp at the lake. The singer can usually be found wearing more grungy styles of shoes like platform combat boots or creepers. Smith has also taken a liking to sneakers in every color, specifically high-top Converse. Instead of the traditional dark grunge aesthetic, Smith tends to aim for a more vibrant color palette with pops of pink, green, blue, and even the whole rainbow on occasion.