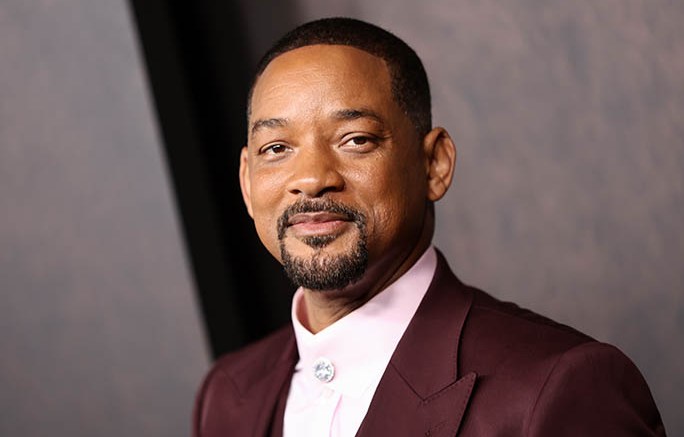 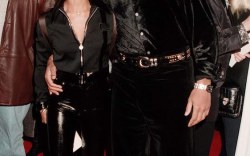 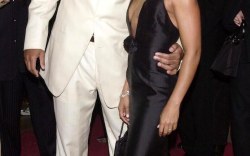 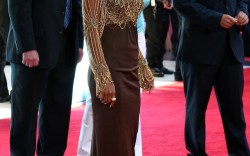 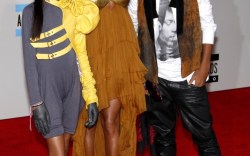 Will Smith was sharply suited for the premiere of his new film “Emancipation” held at the Regency Village Theatre in Los Angeles on Wednesday night. The historical drama will release in theaters on Dec. 2 and on the platform on Dec. 9.

The award-winning actor turned the event into a family affair as his wife Jada Pinkett-Smith and children Trey Smith, Jaden Smith and Willow Smith all made an appearance on the black carpet.

Will looked dapper for the evening as he posed for photos in a three-piece burgundy suit. His outfit consisted of a structured blazer, which he coordinated with a matching vest and trousers. The Golden Globe winner complemented his ensemble with a light-pink button-down shirt that was featured a large crystal embellishment at the center.

When it came down to the shoes, Will completed his look with a shiny set of dark boots. The silhouette had an elongated toe and was set on a small square heel.

As for the rest of the family, Willow wore a sharp two-piece set from Stella McCartney and towering Versace boots to match that made her appear much taller than her siblings. Jada was clad in a cascading white Stephane Rolland gown, complete with an elegant train that followed the star as she moved. The “Scream 2” star finished off her look with strappy 5-inch sandal heels. Jaden turned classic suiting on its head, repping a graphic print in black and white with what appeared to be white sneakers.