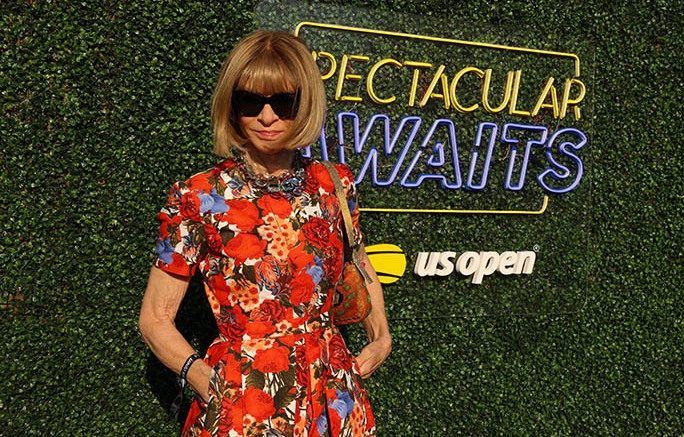 Serena Williams brought out the stars for her first round match against Danka Kovinic on day one of the 2022 U.S. Open held at the USTA Billie Jean King National Tennis Center in Queens, New York on Monday. The highly anticipated match will be the last for Williams as she announced her impending retirement from tennis earlier in Vogue’s September issue.

Vogue’s editor-in-chief Anna Wintour was one of the many famous faces in the crowd. Wintour brought her fashion A-game to the match, arriving in a vibrant floral red dress. The silhouette had short sleeves, side slant pockets, a pleated skirt and wide satin navy blue hemline.

To amp up the glam factor, the noted fashion journalist accessorized with a beaded choker necklace, oversized black shades and a small shoulder bag.

Other photos show that she completed her look with red and gold metallic strappy sandals. The shoe style had criss cross straps along the instep and was set on a small stiletto heel.