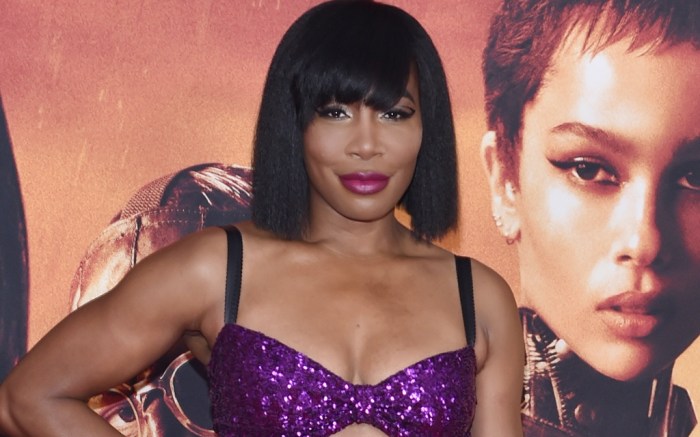 The tennis star hit the premiere of “Batman” on Tuesday night in New York. The film, which hits theaters on Friday, is directed by Matt Reeves and stars Robert Pattinson in the title role with Zoe Kravitz playing opposite him as Catwoman.

Williams hit the red carpet ahead of the premiere in a sparkling purple gown from Dolce & Gabanna. The dress featured a slight cutout detail in the torso and thick black straps. Williams opted for no accessories but wore a bright lip color.

The FN cover star added more sparkle to her look with her shoes. She slipped into white strappy sandals with crystal detailing along the straps that popped against the striking deep purple of her dress.

Williams always brings the edge in her personal life as well as A-list events. Over the weekend, she hit the SAG Awards in a white one-shoulder gown by Dolce & Gabbana paired with a metallic silver corset bodysuit. She added to the icy look with white strappy sandals and sparkly accessories. Williams attended the event to celebrate her father and her family as the Venus and Serena Williams biopic, “King Richard,” was nominated for two awards, one of which it won.

On the court, Williams of course opts for designs from her own EleVen by Venus label as well as Wilson, for which she serves as an ambassador. More recently, Williams was announced as an ambassador for Lacoste.

Add a pop of sparkle to your next outfit with these embellished heels.

See more of Venus Williams’ style through the years.