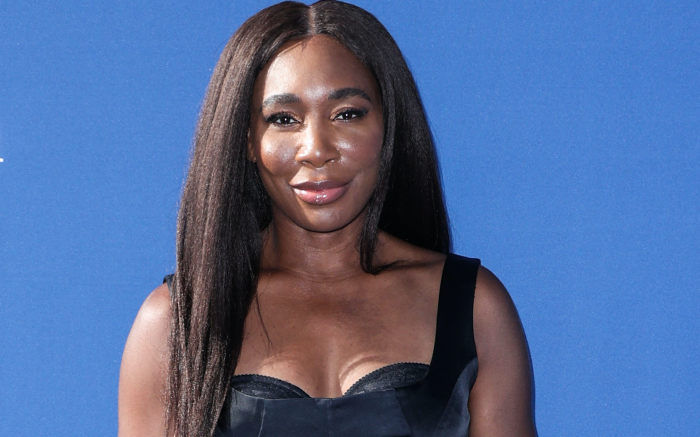 Venus Williams may be known for her playing style on the tennis court, but the sporting great can certainly hang on a red carpet. Even when stripping her look down to the basics, Williams catches significant attention on the red carpet for her effortless and chic style.

To attend the do-good event, Williams wore a simple sleeveless black satin dress with defined cups and a knee-length hem. With the sleek look, the tennis pro wore black Salvatore Ferragamo heels, which were constructed out of a tweed-like fabric and featured the designer’s signature folded bow design at the front.

Williams wore her long hair down and straight in a simple middle-parted style. The star wore a minimal glowy makeup look, accentuating her eyes with gold shimmer shadow. Williams wore no visible jewelry, keeping things ultra low-key for the event.

Jennifer Lopez performed at the gala, which was hosted by Mario Lopez and Dodger icon Adrián González. The event also brought together current and former Dodgers players for the cause. The effort reportedly raised more than $3.6 million for the foundation in just one night.

Notably, the gala was a pre-birthday event for Williams. The tennis icon celebrates her 42nd birthday today.