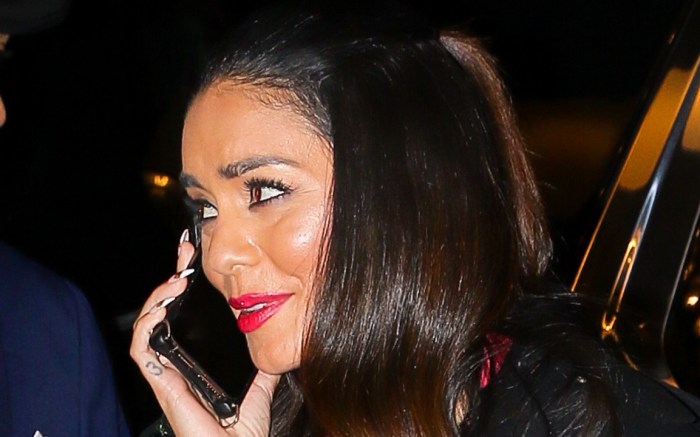 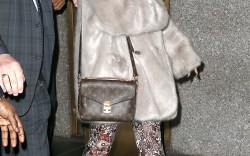 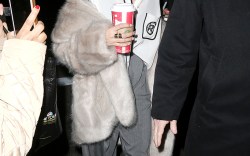 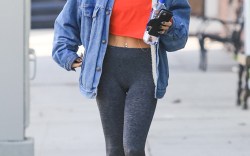 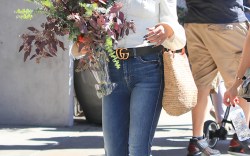 Vanessa Hudgens brought grunge style back into the new year.

The “Princess Switch” star posed against a park statue on Instagram, wearing a lacy white slip dress. The dress featured a midi length, allover floral print and spaghetti straps, instantly reminiscent of the ’90s — particularly styles worn by Courtney Love, Kate Moss and Sophia Coppola at the time. Hudgens topped her look in a similar fashion, pairing the slip with an oversized black cardigan that was nonchalantly shrugged off one shoulder. Her vintage streak continued through her accessories: a black nylon belt bag, pearl cross necklace and square-rimmed sunglasses. “Guess where,” Hudgens captioned the shot.

Lace-up boots like Hudgens’ are a top seasonal trend. Many styles include block or stiletto heels with uppers in neutral tones, as well as details such as pointed toes or ridged soles. In addition to the “High School Musical” star, Kyle Richards, Adele and Jisoo have been spotted in pairs by Chloé, Dior and Christian Louboutin in recent weeks.

When it comes to shoes, Hudgens’ preferred styles vary between sleek and sporty. The “Gimme Shelter” actress often wears chunky sneakers for off-duty looks and the gym, from brands including Naked Wolfe, Mercer Amsterdam and Balenciaga. When hitting the red carpet, she usually wears pointed-toe pumps and platforms from Manolo Blahnik, Brian Atwood and Stuart Weitzman. Hudgens also mixes affordable styles into her off-duty wardrobe, such as Tkees flip-flops, Crocs clogs and Adidas slides that all retail for under $50.

Lace up in sleek boots this season like Hudgens.

Click through the gallery to see Hudgens’ boldest street style looks over the years.