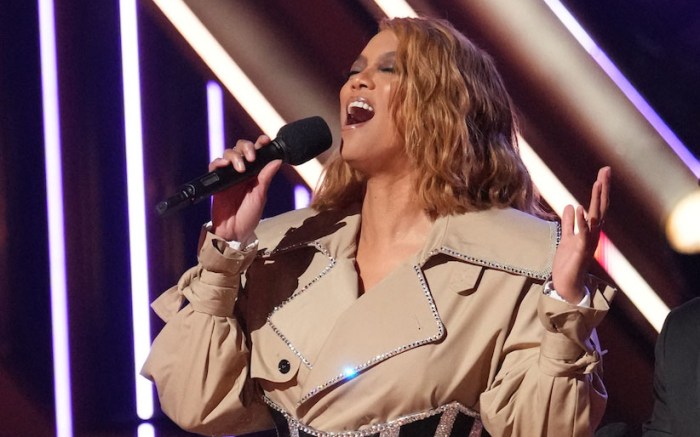 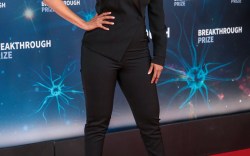 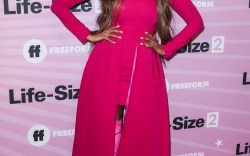 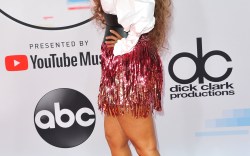 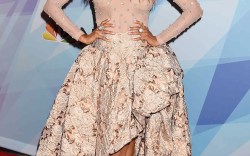 “Dancing With The Stars” celebrated the 60th anniversary of the James Bond films with “Bond Night,” on Oct. 5. The 14 remaining couples performed dances to iconic James Bond tracks while host Tyra Banks honored the anniversary with a dramatic secret agent look.

The foundation of Banks’ week three outfit was a camel trench coat style gown. The train of the dress and wrist ties on the sleeves gave a more elevated feel to the classic fall staple. The coat also featured black buttons, pockets, and an intricate rhinestone embellished trim. Banks added a crystal-embellished corset waistband giving some shape to the coat and adding sparkles to the outfit.

The former supermodel capped off the rhinestones with a metallic sandal. The heels featured a peep toe style and tied together the corset and trench coat trim.

Banks’ DWTS looks are often more costumey than her red carpet and streetwear look. For the show, she recently has been working with stylist Eric Archibald who styled her first two looks of the season. Previous to the Bond Night look, the model delivered an iconic Elvis look for the show’s Elvis Night. Banks captioned the look on Instagram, “A lil Elvis + A lil Priscilla = last night.” The look featured a red minidress, a black leather jacket with a large gold buckle, and rhinestone over-the-knee boots. Similarly, on last season’s finale the former host of “America’s Next Top Model” said she felt like Cinderella in a gown by Christian Cowan.