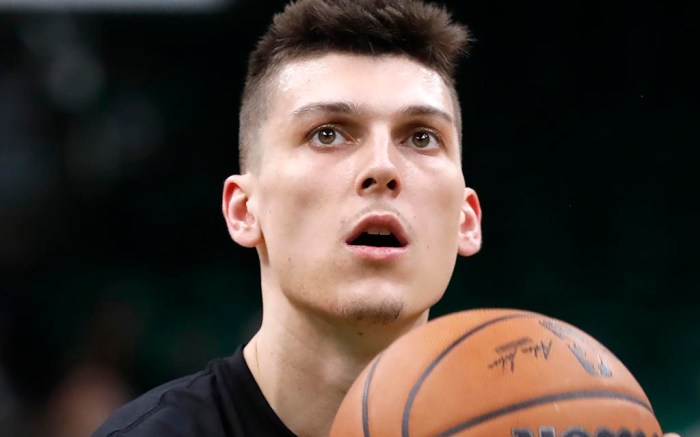 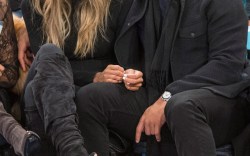 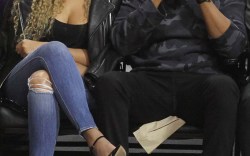 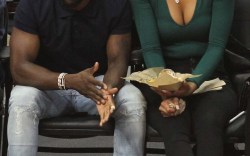 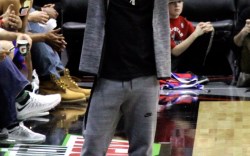 Miami Heat guard Tyler Herro may be sitting out of the Eastern Conference finals with a groin injury, but he’s still going viral for his courtside drip. While supporting his teammates from the sidelines during Game 5 last night against the Boston Celtics, Herro donned an all-white outfit that quickly had the internet talking.

For the game, Herro wore a casual white button-down shirt with beachy white shorts, pulling on a pair of tortoise sunglasses with light blue lenses for the ultimate ’90s vibes.

The 22-year-old NBA player paired the look with a pair of low-top Golden Goose Stardan white sneakers featuring a black star logo. They’re described as “inspired by ’90s basketball shoes and a slightly scuffed and dirtied finish” by Nordstrom.com, retailing for $575. To accent the kicks, Herro wore a pair of white tube socks featuring rust and green stripes, keeping with the pristine motif.

The breezy look garnered polarizing reactions on Twitter, with some fans teasing the player for his unique sense of style. An edited picture of Herro went especially viral, which featured a thin goatee to match his “South Beach” look.

“Tyler Herro looks like the type of dude that starts talking your ear off about stocks and crypto while doing c*** at a postgame,” one Twitter user commented.

Herro is known for his eccentric style, often wearing neon colors, animal prints, and patterned suits. Back in March, Herro launched a denim collaboration with Hudson, marking his first endeavor in the fashion industry.

The Celtics won Game 5 of the Eastern Conference finals 93-80, and currently lead the series 3-2.