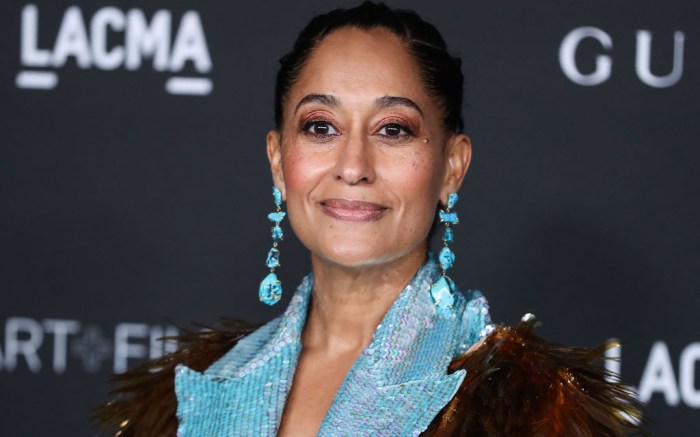 The “Black-ish” star posted a photoset on Instagram yesterday that showed her wearing a burst of color that would catch anybody’s eye. For the outfit, Ross donned a monochromatic look that featured a yellow flowy dress from Galvan London that incorporated long-sleeves and plunging square neckline. The dress also featured a crystal pleated hem that added an extra layer of dimension to the moment.

When it came down to the shoes, Ross slipped on a pair of yellow pointed-toe pumps from Christian Louboutin. The heels have an approximate height of at least 4 inches, and they perfectly grounded her bubbly attire.

The “Girlfriends” star is known for her uber-trendy fashion aesthetic that has an inventive, creative flair. On her Instagram feed are pictures of her wearing oversized tailoring, flowy dresses, glitzy separates, cozy pieces, intricate swimwear and glittery jumpsuits. And for shoes, she wears a variety of pumps, sandals, flats, mules, boots and sneakers that are just as unique as her sartorial tastes. Some of her favorite labels that grace her Instagram feed are Loewe, J.W. Anderson, Gucci, Bottega Veneta, Valentino and Balmain.

Ross has also, of course, made a name for herself within the fashion industry. In the ’90s, she walked in runway shows for Thierry Mugler. Last year, she starred in campaigns for the clothing brand J.Crew, and the French luxury house, Kenzo. And she also starred in a campaign for Pyer Moss.

Flip through the gallery to see Ross’ best red carpet moments ever.