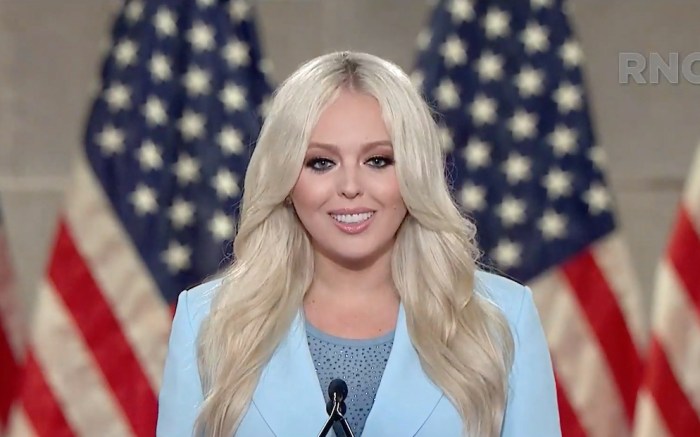 Tiffany Trump is all smiles while enjoying an outing with her mother, Marla Maples, and friends.

The youngest daughter of former President Donald Trump posed alongside Maples on Friday.

“Friendship is one of the greatest gifts of life! Forever grateful 🙌” Maples captioned the image.

When it comes to Trump’s outfit, she donned a floral print dress that incorporated a blue and white design that added some whimsicality to the flowy garment. On top of it, she wore a denim overshirt that had beige buttons. Her blond tresses were wavy and loose for a relaxed feel.

Although there were no shoes in the shot, it’s safe to say that Trump wore a pair of sandals or pumps that meshed well with her dress.

When it comes to Trump’s essential style, she has a relaxed and sophisticated taste that she showcases both on Instagram and during a live appearance. For example, recently, we’ve seen her wear leggings and lug-sole boots for a modern look, and we’ve also seen her don a black mini dress paired with fishnets and Louis Vuitton ankle boots during the holidays. On her Instagram feed, Trump shows her affinity for professional, structured tailoring that displays her versatility.

Trump has also made a name for herself within the fashion industry, having launched a jewelry line in 2017. She has also walked in runway shows at New York Fashion Week.