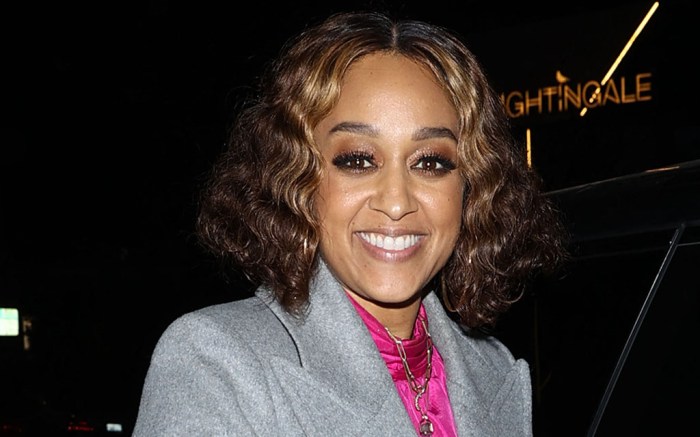 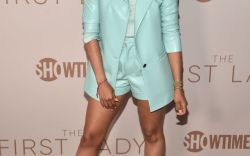 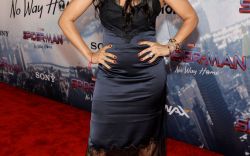 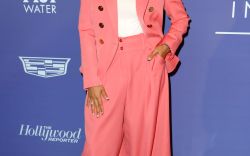 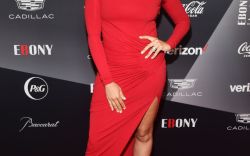 Tia Mowry was photographed hitting the streets of West Hollywood, Calif. last night after having just grabbed dinner at Catch Steak with a friend.

The actress dressed up for the cold weather with statement-making pumps. The base of her look was a hot-pink midi dress with a high neck that popped, especially when layered underneath Mowry’s gray long wool coat.

The “Sister, Sister” star carried a black leather bag with a gold chain handle and dressed up her ensemble further with coordinating gold necklaces. Mowry’s ombre locks were parted down the middle and styled in voluminous waves.

As for her footwear, Mowry sported metallic silver pumps with impressive pointed toes and a reflective sheen like no other. Along with the triangular toes, the pair was accompanied by 3 to 4-inch heels that elevated the actress’ look.

Mowry is a lover of dramatic shoes, especially when paired alongside even bolder outfits. There’s nothing subtle about the heels, the star having intended to make her presence known while traversing the city with friends.

Mowry’s usual shoe choices range from sleek to whimsical. The actress often wears nude or metallic sandals for everyday occasions or special nights out. Think sharp pointed-toe pumps and bold sandal heels from brands Jessica Rich, Stuart Weitzman, and Christian Louboutin. Mowry also opts for affordable brands such as Steve Madden and Topshop. Aside from heels, she’s also been spotted in Aperlai boots and Nike sneakers while off-duty over the years.

In a similar fashion, Mowry struck a model pose while sharing her outfit of the day in a video posted to Instagram. The post saw the former Disney star sporting a tank top paired with a miniskirt and Miu Miu pumps.