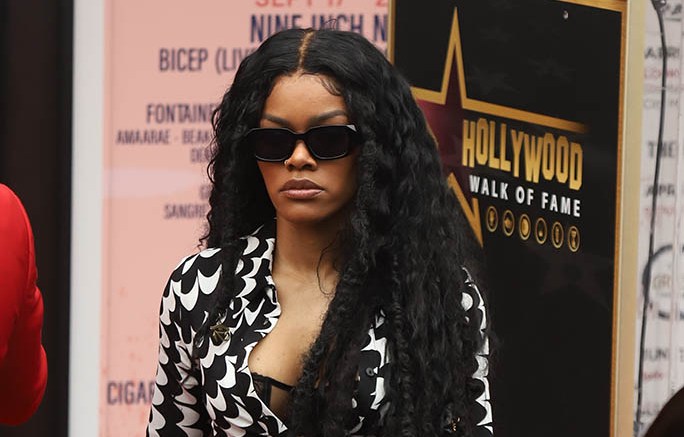 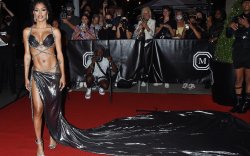 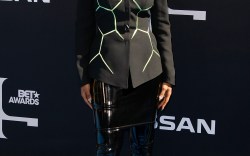 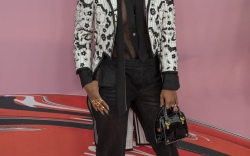 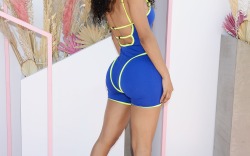 DJ Khaled was showered with love as he received his star on the Hollywood Walk of Fame outside of the independent record store Amoeba Music in Los Angeles on Monday. The multihyphenate hip hop music producer was honored with the 2,719th star after nearly two decades of releasing platinum singles and albums.

Teyana Taylor was among several famous faces who attended the event to show support for Khaled, including Jay-Z, Fat Joe and Sean “Puff Daddy” Combs. Taylor pulled out an electric ensemble that was fitting for the occasion.

The “Gonna Love Me” singer donned a black and white moon-printed maxi dress by Marine Serre. The edgy number included long sleeves, a wide structured collar, a button-up placket and a center split.

The musician teamed the long-sleeve dress with a plunging lace bralette. Taylor continued to amp up her look with sleek black frames and styled her raven tresses in long sultry curls. To let her outfit do all of the talking, she opted for soft makeup with her signature neutral glossy pout.

Unfortunately, the photos didn’t allow for a peek at her footwear choice, but it would be no surprise if she elevated the moment with knee-high boots or a soaring platform silhouette.

Prior to celebrating DJ Khaled’s big moment, the “Coming 2 America” actress left the internet in shambles after she shared photos of her new Ebony Magazine cover with her husband, Iman Shumpert, and their adorable daughters, Rue Rose Shumpert and Iman Tayla Shumpert Jr. (also known as Junie).

See more of Taylor’s style through the years.