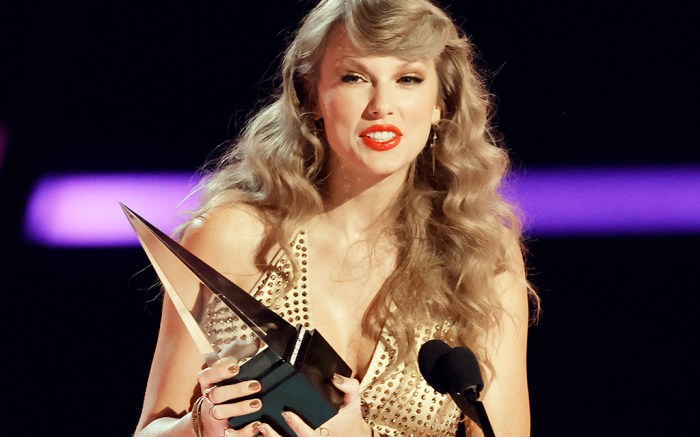 Shining down to her feet, Swift’s golden jumpsuit by The Blonds consisted of a low-back halter-style bodice with a plunging neckline. The ensemble was belted shaping the silhouette. The trousers were straight-leg and high-waisted, coming to a tapered close at the artist’s ankles.

The ensemble was made of a champagne-colored fabric dotted with reflective crystals. Jumpsuits like hers dominated style trends from the 1960s until the 1980s. After a hiatus from popular fashion, jumpsuits came back again in the early 2000s, especially catching on in formalwear.

Adding some extra bling to her look, the country music star strapped on what appeared to be golden sandal heels with a chromatic shiny finish and thick secure straps. The 3 to 4-inch heels offered the narrative songwriter a few extra inches, lengthening her silhouette. The shoe, along with its silver counterpart, is a closet staple for many thanks to its versatility, including Swift.