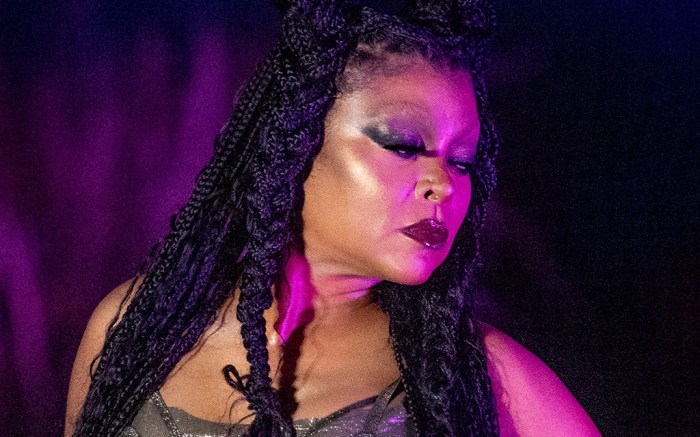 The highly anticipated “Savage X Fenty Show Vol. 4” fashion show is almost upon us, and a behind-the-scenes look at the show is already proving to be a project well worth the wait. In the pictures released today, Golden Globe Award-winner Taraji P. Henson shows up clad in Rihanna’s dynamic lingerie.

A jack of all trades, the household name tried her hand at runway modeling, Henson posing for her close-up in a silver structured bustier top layered overtop a chrome slip dress. Overtop it all, the Washington D.C native sported a lengthy cardigan made of the same shimmering silver fabric.

Although they aren’t visible in this look, on the footwear front, Henson likely slipped on high heels to complete her look.

Outside the fashion show, the actress often favors tall platform pumps from the likes of Christian Louboutin. Henson is also known to keep slingback heels, over-the-knee boots, and sandals in her line-up from brands like Valentino, Jimmy Choo and Pedro Garcia.