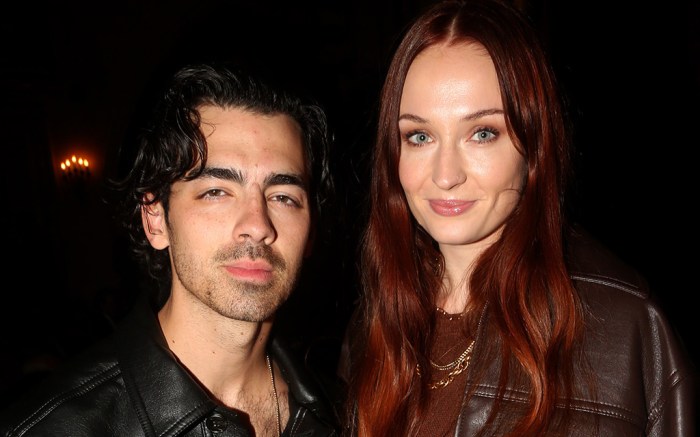 Sophie Turner and her husband, Joe Jonas, attended the opening night of “Topdog/Underdog” on Broadway at The Golden Theater in New York City yesterday. The couple styled coordinating outfits centered around leather outerwear.

Stood beside her, Jonas wore a matching black leather jacket with a glossy finish overtop a black tee tucked into pleated straight-leg trousers. Much like Turner, the “Burnin’ Up” singer accessorized with a thin chain necklace.

Although they are not quite visible, Turner sported suede boots with pointed toes. While the height or style is hard to decipher, the heeled footwear seems to stop at ankle level. In contrast, Jonas’ footwear was in plain view, the star sporting black and white loafers with motifs of Playboy Bunnies on them.