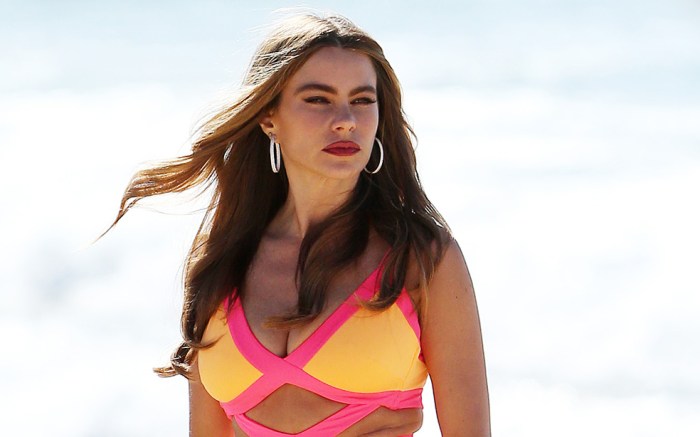 Sofia Vergara is embracing summer with a burst of vibrant color. The 49-year-old actress and “America’s Got Talent” host posted an Instagram Story photo today showing off her coordinating orange nails and Dior slides, captioning the image “Hello Summer.”

Even if $680 Dior “Dway” slides are a little out-of-budget for the masses, the coordinating look is likely to inspire your upcoming nail appointment.

The actress is seen wearing warm-weather orange and white slides, which feature a thin tan leather sole with a slight heel to elevate the shoe silhouette. The slide’s upper features houndstooth banding, which complements the statement embroidered brand name across the foot. The designer sandals also feature an intricately-patterned insole for extra pizazz.

To coordinate with the shoe selection, Vergara painted her mid-length square nails and toes with a bold orange polish by Hermès. The Orange Poppy shade, which retails for $45 and isn’t sold in the United States, is the same color as Hermès’s famed orange boxes, which house all the brand’s products, including the famed Hermès Birkin bag. Vergara also appears to have a deep teal shade of the same polish in her collection, which can be seen in the photo’s background.

Slides are a type of sandal featuring an open back with one or two securing straps across the top of the foot, allowing the wearer to slip their foot in with ease. The effortless shoe can be dressed up or down, but is especially popular poolside or with casual summer looks.

See More of Sofia Vergara’s Sleek Style Through the Years