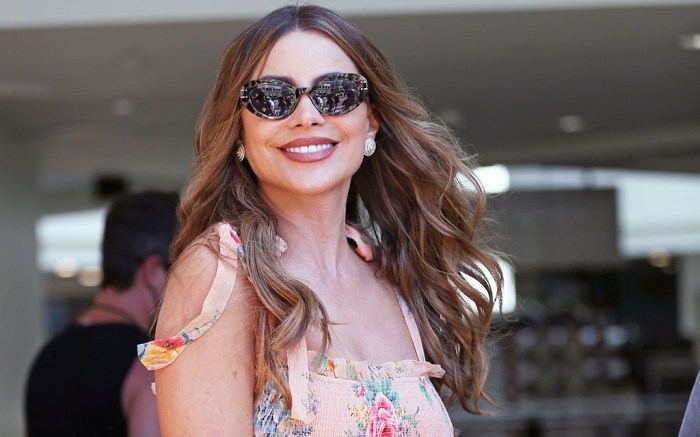 If there’s one thing Sofia Vergara knows about style, it’s how to elevate any look.

On Wednesday, the Colombian actress arrived for the “America’s Got Talent” live show in Los Angeles wearing a vintage-inspired floral crinkled georgette dress by Zimmermann.

Vergara coordinated the soft pastel orange design with a Christian Dior bag crafted in natural raffia. The actress is a true fan of the brand’s Book Tote, which became a staple of the brand after being introduced by its creative director Maria Grazia Chiuri for summer 2018.

To complete her ultimate summer look, Vergara chose another one of her go-to styles: platform heels. Vergara wore light brown open sandals that created the perfect contrast with her soft orange silk-blend crepon dress. The silhouette featured a 6-inch block heel and straps that crisscrossed around the toe and wrapped around the ankle.

The former “Modern Family” star was followed by her fellow “AGT” costar Heidi Klum, who joined her alongside Howie Mandel and Simon Cowell on the show’s judging panel.

This is Vergara’s third year since she joined Klum as a co-judge of America’s Got Talent on NBC. The two of them have become one of the most iconic duos of reality television, constantly being praised for their charisma and chemistry on the show’s panel.