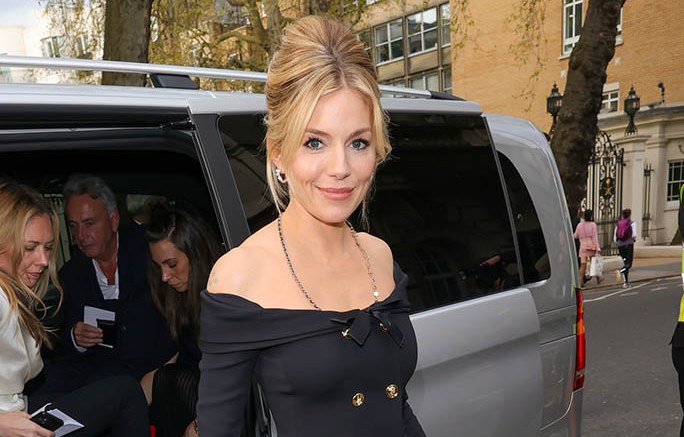 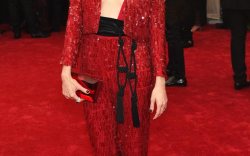 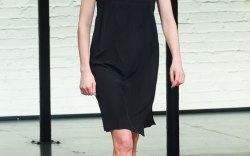 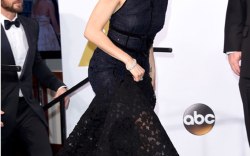 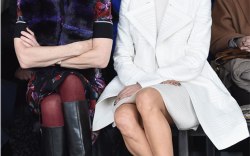 Sienna Miller wore two classic staples to the premiere of “Anatomy of a Scandal” at Cruzon Mayfair in London on Thursday. The actress joined her costars Naomi Scott and Michelle Dockery on the red carpet.

The British anthology drama series focuses on parliamentary minister James Whitehouse, who is a happily married man with a loving family home, but things go array when a scandalous secret comes to light. The television show officially premieres on Netflix on April 15.

When it came to the outfit, Miller donned an off-the-shoulder black mini dress that was accented with a silk bow. The garment gave the illusion of a blazer dress due to its fitted waist, crossover design and gold button fastening at the center.

The “21 Bridges” star styled her blond locs in a romantic updo. To let the look speak for itself she opted for soft glam and minimal accessories.

Miller continued with a classy vibe by pulling it all together with a pair of black slingback pumps. The slip-on silhouette had an elongated triangular pointed-toe and a small pyramid heel. Pyramid heels offer a fresh take on traditional heel styles. The shape easily adds an eye-catching detail to any shoe style and ensemble.

Miller has an affinity for stylish and refined pieces. She has also made a name for herself within the fashion industry, having starred in campaigns for labels like Burberry and Gucci.

Click through the gallery to see how Miller ups her shoe game.

Add a classy finish to your look with slingback pumps.